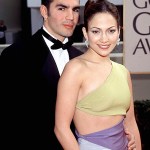 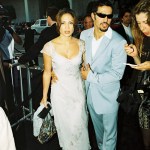 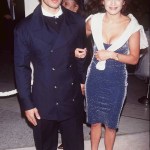 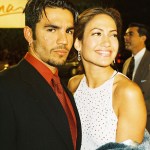 Joe Giudice finally has an opponent for his October celebrity boxing match! Here are five things you should know about actor, producer, and Jennifer Lopez’s former flame, Ojani Noa, before the big fight!

Joe Giudice will meet his match in October when he faces off against Ojani Noa in a round of celebrity boxing! The former Real Housewives Of New Jersey star has been bulking up and getting in shape for the charity match since he’s been living in Italy. He previously teased that he would love to take on Jersey Shore‘s Mike ‘The Situation’ Sorrentino, but a new challenge has presented itself. Before the October takedown, here are five things you should know about Joe’s new rival, Ojani Noa.

1) Ojani is Jennifer Lopez’s first husband! Ojani met Jennifer Lopez when he was a waiter at singer Gloria Estefan‘s restaurant. The couple married on February 22, 1997. Barely one year later, the couple divorced in January 1998. Since their short-lived marriage, J. Lo has faced a lot of legal issues due with Ojani. After their divorce, she decided to hire him to manage her restaurant, Madres, in 2002. But she fired him only six months after he started working. He has also been prohibited from sharing any details about his marriage to the Hustlers star, as it would violate their confidentiality agreement.

2) Jennifer hasn’t had very positive things to say about her marriage to Ojani. While documenting her It’s My Party tour, J. Lo got very introspective on her YouTube channel, talking about her forthcoming nuptials to Alex Rodriguez, who she’s been engaged to since March 2017. J. Lo described how she wants to have a big church wedding, and had some fairly harsh words for her first two marriages to Ojani and Chris Judd. “I’ve never been married in a church and I’ve been married three times, and once was nine months and once was 11 months, so I don’t really count those. But I was married to Marc [Anthony] for 10 years, with the kids [Max and Emme],” she said.

3) Ojani appeared on a 2016 episode of Million Dollar Matchmaker. Ojani appeared in an episode of the series, where he introduced himself as J. Lo’s former husband. But Ojani also shared a major bombshell on the show, and caused the show’s host, Patti Stanger, to see his playboy ways. Upon appearing on the show, Ojani revealed that he loves “A nice romantic dinner, good conversation, and a nice walk on the beach,” and considers those elements to create the perfect date!

4) He’s into fitness. Across Ojani’s Instagram account are images of him pumping iron and hitting the gym. One particular post from October 2019, saw the former actor giving some inspiration to his over 34 thousand followers. “Don’t expect to see a CHANGE if you don’t make one,” he captioned the post.

5) Ojani has a sparse acting résumé. Ojani has only three credits to his name, according to IMDb. He played Dan Valdez in 2002’s Rappin-n-Rhyming, an Irish Thug in Vendetta: No Conscience, No Mercy in 2004, and was the lead trainer in 2019’s Telemundo: Un nuevo Dia.