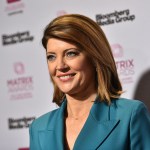 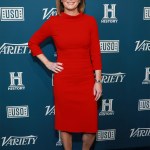 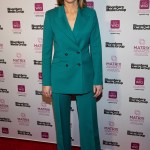 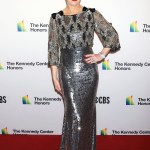 Noah O’Donnell is about to make history when she takes over as the lead anchor of ‘CBS Evening News’. Learn more about the tenured journalist, who will become the second woman to ever hold her position.

Get ready for CBS Evening News with Norah O’Donnell. The longtime CBS journalist, 45, was just named as the next lead anchor of the esteemed news program that’s been on the air since 1947, taking over for Jeff Glor in May 2019. O’Donnell will now join the ranks of legendary journalists who hosted the program before her, like Walter Cronkite and Dan Rather. Before O’Donnell tenure as the Evening News anchor begins, learn more about her, and her history as a journalist:

1. She becomes the second woman to ever host CBS Evening News solo in its 72-year history. When O’Donnell takes over for Glor on May 20, she makes history. The investigative journalist, who started her career 25 years ago, is only the second woman to be the show’s lead anchor. Katie Couric came before her, hosting the show from 2006 to 2011. While Connie Chung also hosted Evening News from 1993 to 1995, she was a co-anchor with Rather. “Norah is one of the leading journalists of our time,” CBS News President Susan Zirinsky said in a statement. “Her outstanding reporting, incisive interviews and dedication to the truth will distinguish the CBS Evening News every night.” She will also be the show’s managing editor.

2. O’Donnell comes over from CBS This Morning. O’Donnell joined CBS This Morning in 2012 as a co-host with Gayle King and Charlie Rose. Rose left the program in 2017 after being accused of sexual harassment. O’Donnell addressed the situation on air, and slammed Rose, saying, “Let me be very clear, there is no excuse for this alleged behavior… Women cannot achieve equality in the workplace or in society until there is a reckoning and a taking of responsibility.”

When O’Donnell leaves, King, 64, becomes the lead host of This Morning. She’ll be joined by two other familiar CBS faces: Anthony Mason and Tony Dokoupil. “Gayle’s game-changing interviews, compassionate storytelling and authenticity make her one of a kind. Her unrivaled ability to connect with audiences makes ‘CBS This Morning’ relevant, relatable and the place you must start your day,” Zirinsky said in her statement.

3. She was rumored to be feuding with her This Morning co-host, Gayle King. When the news broke that O’Donnell was leaving This Morning, rumors started swirling that it was because the two women were fighting. “The news should rarely be about us, and sometimes what you read isn’t even true,” King said on the Ma6 episode. “It’s so amazing to me, Norah, that after seven years together, that now people would say that you and I have some beef… I have no beef with you. You have no beef with me.”

5. She’ll still contribute to other programs while hosting Evening News. O’Donnell will still be the lead anchor for CBS News’ political coverage, and continue as a contributing correspondent for 60 Minutes, per the network.