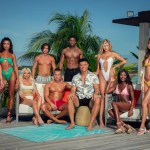 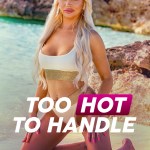 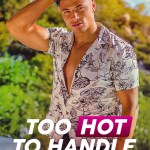 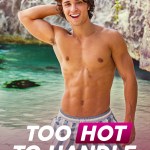 It’s Magic Nathan! Nathan Webb is one of the hunky new stars of ‘Too Hot To Handle’ season 2. Here’s what you need to know about this former stripper from the U.K.

Nathan Webb, 27, is bringing a little Magic Mike spice to the second season of Too Hot To Handle. The male entertainer is one of the sexy singles living it up in Turks and Caicos for the world’s hottest dating show. Nathan is going to be one to keep your eye on because you know he can put on a show.

Who is Nathan Webb? From details about his life as a stripper to his relationship woes, HollywoodLife has rounded up 5 key things to know about Nathan as you watch Too Hot To Handle.

He calls himself a “male entertainer” but is more than happy to be called a “hot, sexy stripper.” In his introduction, Nathan said, “Being a stripper, you’re just a very sexual person. Women just expect me to know exactly what I’m doing. I leave them very satisfied.” He moved to Texas for his work as a stripper.

Even though he looks every bit the Texas cowboy, Nathan is actually an Englishman! He has the accent and everything. Since moving to Texas, Nathan has fully embraced the Texas lifestyle — cowboy hat and all.

3. He’s had his heart broken before.

In his Meet The Cast video, Nathan revealed that he was “tied down” from 18 to 25. “I was in a relationship so it’s been nice just to let my hair down, to see what else is out there,” he said. Now he jumps from girl to girl and isn’t ready to settle down.

Nathan has a full sleeve of tattoos on his left arm. The tattoos are intricate designs. He does not appear to have any other visible tattoos. When he filmed Too Hot To Handle, he did not have a full sleeve, so many of the tattoos must be new!

“I made a rule not to sleep with girls from work,” he admitted in his Meet The Cast video. “That went out the window very quickly.” Nathan also added, “With the girls, I am very sexual. I like to stimulate a lot of their senses.”