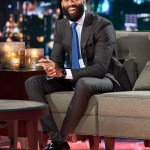 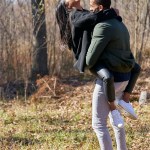 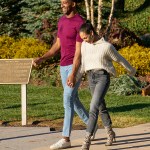 On the Feb. 8 episode of ‘The Bachelor,’ Matt James will confront MJ Snyder after she was called out by fellow contestant, Jessenia Cruz.

On last week’s episode of The Bachelor, Jessenia Cruz accused MJ Snyder of contributing to the “toxic environment” in the house. She told Matt James about her concerns, and Matt pulled Jessenia and MJ aside to hash things out once and for all. The conversation will play out during the show’s Feb. 8 episode, where Matt will try to get to the bottom of what’s really going on.

Considering Matt previously sent home Victoria Larson and Anna Redman for also causing drama, MJ is weary of her fate on the show, and pissed at Jessenia for calling her out. “I am furious,” she told Jessenia on the Feb. 1 episode. “You should be embarrassed because we are here because of your actions right now.” Ahead of the final showdown, here’s more to know about MJ:

What Is MJ Snyder’s Job?

MJ works as a hairstylist in Ohio, but her expertise goes beyond just hair. “MJ is a beauty expert who sees the beauty in all of life in all that she does,” the 23-year-old’s bio for ABC reads. MJ realized her passion in the beauty industry while working in Public Relations in New York City. She began operating a mobile spray tanning booth and discovered her love of hair. MJ has an entire Instagram page to show off her work as a hairstylist. She specializes in extensions and lived-in color.

What Is MJ Snyder’s Real Name?

MJ’s real name is Meredith Snyder, which was confirmed by an article that she re-posted to her Instagram page.

Where Did MJ Snyder Go To College?

MJ attended college at Ohio State University, which wasn’t far from where she grew up. She graduated in 2019 with a Bachelor’s Degree in Strategic Communications. She also minored in Fashion Retail Studies and General Business. Throughout college, MJ had various marketing internships, including working for Brandon Maxwell during New York Fashion Week.

Although MJ struggled when it came to herding animals during a group date on The Bachelor, she does spend a lot of time outside — although her preferred locations seem to be on the beach or near the water. She’s been camping in the Sahara Desert and “loved being outdoors and on the water” while growing up near Lake Erie.

Although MJ says she’s ready to settle down, she’s also fiercely independent. “MJ Is very social,” her ABC bio reveals. “And wants to find a man who will let her maintain her independence and won’t add unnecessary drama to her life.”