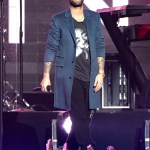 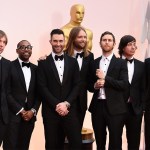 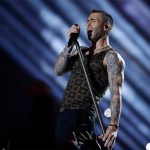 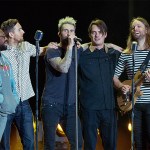 Mickey Madden was arrested on June 27 following an alleged incident involving domestic violence. Learn five facts about one of the founding members of Maroon 5.

Mickey Madden, 41, was arrested on June 27 for alleged domestic violence. The bassist of Maroon 5 was arrested on a felony charge in Los Angeles, but was released from jail that same day after posting his $50,000 bail. “We are deeply devastated by this disappointing news,” a rep for Maroon 5 told PEOPLE in a statement. “As we learn more, we are looking at this very seriously. For now, we are allowing all of the individuals involved the space to work things through.” LAPD confirmed his arrest to HollywoodLife, and said it was a domestic violence situation. They did not provide any further details. Here are five things you should know about Mickey Madden.

1) He is a founding member of Maroon 5. Mickey started playing with fellow band members Jesse Carmichael and Adam Levine when the three friends were in junior high school together in Los Angeles. By 1994, the band expanded and brought in Ryan Dusick on drums. Before they became widely known as Maroon 5, the band’s original name was Kara’s Flowers. The group went on hiatus for some time, during which Mickey attended UCLA. Eventually, they reformed, adding James Valentine on guitar. This is when they changed their name to Maroon 5.

4) He’s become a Grammy nominated and winning artist with Maroon 5. The group has been nominated for 13 Grammy Awards from the Recording Academy and won three coveted statues. In 2007 and 2005, they won the Grammy for Best Pop Performance by a duo or group with vocals for their songs “Makes Me Wonder” (2007) and “This Love” (2005). They also won the Grammy for Best New Artist in 2004.

5) Mickey is originally from Texas. Mickey was born in Austin before moving to Los Angeles. He’s been a vegan for several years and supports various animal wellbeing affiliated groups and organizations.

If you are or someone you know is experiencing domestic violence, call the National Domestic Violence Hotline at 1-800-799-7233, or go to thehotline.org. All calls are toll-free and confidential. The hotline is available 24/7 in more than 170 languages.