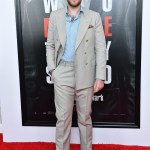 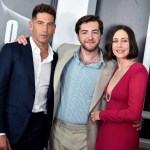 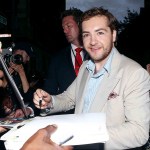 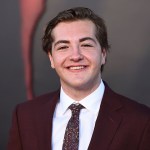 ‘The Many Saints of Newark’ landed the perfect actor to play young Tony Sopranos: Michael Gandolfini, the son of the late James Gandolfini. Here’s what you need to know.

Michael Gandolfini has arrived. The 22-year-old son of James Gandolfini took on the role of his lifetime in The Many Saints of Newark, the upcoming feature film (and prequel to The Sopranos.) For Michael, playing a young version of Tony Soprano, the character his father made famous on the HBO series, was no easy task. “The pressure is real,” he told The New York Times. “There’s fear. But the second layer, that a lot of people don’t think about, which was actually harder, is to play Tony Soprano.” He added that with the role “not only was it the feeling of my dad — it was like, Tony Soprano is a [expletive] hard character.”

Maybe I could know how to play my dad,” Michael said, “but I don’t know how to play Tony. I have to create my own Tony from my life and still play the things that made him Tony.” He also said that there’s a fundamental difference between James Gandolfini and Tony Soprano. “He so was not Tony,” he said. “The only insight that I think I gained was deep pride in him. I’m exhausted after three months — you did that for nine years?”

The original creator wrote the Many Saints of Newark of the series, David Chase, and writer Lawrence Konner. Alan Taylor directed it. It will showcase the life of the New Jersey organized crime family boss in his days before The Sopranos television series started. Before his death in 2013, James won multiple Emmy Awards, SAG Awards, and more for the iconic role of Tony, which he played from 1999 to 2007, so Michael will have some huge shoes to fill! Here’s everything you should know about the young actor before he honors his father and follows in his footsteps for the new film. 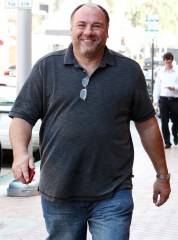 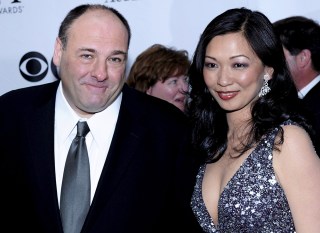 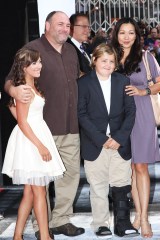 1. His Breakout Role Was In HBO’s ‘The Deuce’

The recurring role helped him to gain acting experience and gain exposure in 2018. He also appeared in the popular film Ocean’s 8 the same year.

2. He Still Had To Audition For ‘The Many Saints Of Newark.’

Despite being James’ son, he still had to go through a thorough audition process to win the role of Tony. Yes, he looked exactly like his father, but that didn’t automatically land him the part. Michael had a fantastic screen presence and strikingly similar mannerisms to the character of Tony when he auditioned, insiders told Deadline. The filmmakers felt there was no one who understood the role better than Michael, so he was the obvious choice for part. “It’s a profound honor to continue my dad’s legacy while stepping into the shoes of a young Tony Soprano,” Michael told the publication, after news of the casting made headlines. “I’m thrilled that I’m going to have the opportunity to work with David Chase and the incredible company of talent he has assembled for The Many Saints of Newark.”

3. He Has Also Worked As A Producer And Writer

James once encouraged his son to pursue a career other than acting. “Yeah, it was a difficult decision,” Michael told Entertainment Tonight of taking on the role in Newark. He said he loved performing as a kid and got obsessed after seeing the musical Wicked. “I dressed up as the Scarecrow almost every night, and my dad would videotape me singing,” he said. “As I got older, he wanted me to play sports. I felt that burden. I wanted to make him proud. And he said, ‘Don’t be an actor; be a director. They have the power.'” So Michael followed his father’s advice. In 2015, he acted in, produced, and wrote the short film, Flower.

If you want to keep track of Michael, there’s no better place than his IG account.

He also uses his social media account to share heartfelt tributes to his dad. Back in Sept. 2018, he posted a pic of himself as a kid with James in honor of the late star’s birthday. “Happy birthday Dad. Today we celebrate you,” his caption for the pic read. “We celebrate the times we had, the secrets we shared, the fun adventures, and the lessons you taught me. I Love you more and more each day. I miss your laugh and I miss your smile, but I’m so lucky that I got to be your son. I’m working hard to make you proud and I feel you beside me every step of the way. It won’t ever get easy without you here, but that’s ok, cause I’m grateful for all our times. Thank you for sending me role models and a group of men who help teach, guide, educate, and inspire me. I miss you and I love you.”

5. He Has Some A-Lister Friends