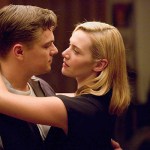 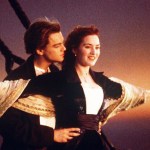 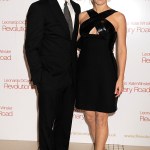 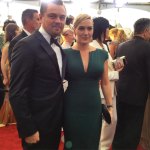 Kate Winslet revealed that her daughter, Mia Threapleton, has begun quietly developing her own acting legacy, so here’s what you need to know.

The acting bug has been passed down from Kate Winslet to her daughter, Mia Threapleton. Mia, the 20-year-old daughter of Kate, 45, and her husband, director Jim Threapleton, 48, has begun her career in show business. “She’s away just now in the Czech Republic about to start work on a little TV series over there,” Kate said on the Apr. 19 episode of British talk show, Lorraine. “That’s been a wonderful thing that I think I knew was coming. I think I always suspected, and then, sure enough, a couple of years ago, she turned around and said, ‘I think I would like to give it a go.’”

“What’s been really great for her is she has a different surname, so that initial job out of the gate,” added Kate, “she slipped right under the radar, and the people who cast her had absolutely no idea that she was my daughter. And of course, that was my biggest fear and most important for her self-esteem, of course.” As Mia blazes her own path, here’s what you need to know about her.

1. She Is The Daughter Of Hollywood.

Mia was born on Oct. 12, 2000. Her mother, Kate Winslet, is known for her roles in Titanic (1997), 1995’s Sense and Sensibility, Eternal Sunshine of the Spotless Mind, Finding Neverland, The Reader, and most recently, Mare of Easttown. Mia’s father is director Jim Threapleton, a British native who has worked as an assistant director on 1999’s The Mummy, Hideously Kinky (where he had an uncredited role), and Don’t Go Breaking My Heart. He and Kate were together from 1998 until their separation and divorce in 2001.

Mia has a handful of half-siblings. After Kate and Jim split, the actress and director Sam Mendes tied the knot in 2003 and welcomed their son, Joe Mendes, later that year. Sam and Kate divorced in 2011, the year she met Edward Abel Smith. The couple married in 2012, welcomed their son Bear Winslet in 2013, and things have remained sweet since.

Following his split from Kate, Jim married Julie Vuorinen, and they welcomed two daughters – Olivia in 2009 and Georgia in 2013.

According to her IMDB page, Mia has only two roles under her belt: she played Helene in 2014’s A Little Chaos and her role of Alma in 2020’s Shadows.

“I had just finished school, was free of exam hell, and felt excited, nervous and ready to start auditioning for things, and hoping that the opportunities to audition would come my way. I just hoped I would get the chance to do what I had wanted to do for so long!” she told Variety in 2020.

“Shadows was the first film I’d received an audition for, and the first script I had ever been given to read,” she added. “I couldn’t believe my luck. I read it and didn’t put it down. Which is admitting a lot because I’m dyslexic and that means I have to read slowly and steadily to be able to absorb things fully sometimes.

4. Working on Shadows Was A Transformative Experience.

Some children of famous actors were raised in a trailer and nurtured in-between takes. Not Mia. “I never actually spent much time around sets that my mum was working on,” she told Variety. “It was always a special treat. It’s a very different experience when it is happening to you, and not just something I was getting to observe from time to time. I really understand why my mum has always impressed on us how hard the work is. She is right! And I loved every second of it.”

Mia has the acting bug. “I don’t think I would say that [acting in darkness for Shadows] was challenging. In fact, it was quite a lot of fun. I loved it. I definitely think that it helped with the atmosphere during those scenes,” she told Variety. “It did help me to become more engrossed in the character; living as she would live, experiencing the night-time hours in her life, her world, and feeling the threat of daylight as we would race to finish filming before the sun came up. It added to the desperation and mounting fears that the girls were supposed to feel.”