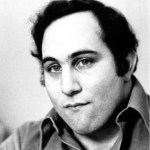 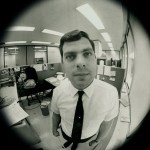 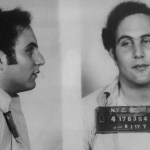 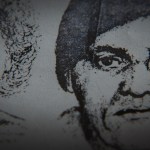 Maury Terry is the journalist whose investigation takes center stage in ‘The Sons of Sam’ docuseries. Here are 5 key things to know about the man who was convinced there was more than one murderer.

The Sons of Sam: A Descent Into Darkness is Netflix’s new docuseries that explains the terrifying Son of Sam murderers that captivated the world in the late 1970s. David Berkowitz was eventually caught, tried, and convicted of his crimes, but journalist Maury Terry was convicted Berkowitz had accomplices. He spent decades in pursuit of what he believed to be the truth.

Maury’s own words allow the audience to get inside his head in the Netflix docuseries. Paul Giamatti serves as the voice of Maury in The Sons of Sam. HollywoodLife is breaking down Maury’s investigation and where he ended up with these 5 key facts.

Even though Berkowitz confessed to the Son of Sam slayings and was later sentenced to life in prison, Maury didn’t believe he was the sole shooter. Many survivors described the shooter as tall and blond, which did not fit Berkowitz’s appearance. He began digging into Berkowitz’s neighbor, Sam Carr, and especially Sam’s sons, John and Michael Carr. Both John and Michael died in mysterious circumstances. Berkowitz eventually wrote to Maury and claimed he “didn’t do it all.” He admitted that he was part of a cult and alleged others were also behind the Son of Sam murders. Berkowitz even alleged John Carr was one of the killers. Following more investigating, Maury became convinced the satanic cult known as “The Children” played a role in the Son of Sam murders.

2. Maury wrote a book about his findings.

3. Maury was able to interview Berkowitz.

After nearly 16 years of investigating the Son of Sam slayings, Maury got the chance to sit down and interview Berkowitz in 1993. During the interview, Maury asked Berkowitz about how he got involved with “The Children” cult. Berkowitz also opened up about the murders. “I was at all of them,” Berkowitz said. “I did not pull the trigger at every single one of them. But the police, for some reason, just stuck with the one-person scenario.” However, he did admit to committing “some of the crimes.” Maury asked Berkowitz which attacks he did commit. As Maury went down the list, Berkowitz would respond with a “yes” or “no.”

Berkowitz echoed Maury’s theory and claimed there were “multiple shooters.” When asked if John and Michael Carr committed any of the crimes, Berkowitz said “yes.” Berkowitz refused to name any other accomplices. The New York police were not supportive of this interview and said Maury was spinning a conspiracy theory. Maury interviewed Berkowitz again in 1997.

Maury passed away at the age of 69 on December 10, 2015, following a “brief illness,” according to his obituary. He was not married at the time and had no children. His parents and sister were alive at the time of his death.

5. Maury sent all his findings to ‘The Sons of Sam’ director.

“In the summer of 2017, I received three boxes from an investigative journalist name Maury Terry,” Sons of Sam director Joshua Zeman says in the first moments of the docuseries. “Maury spent his life delving into the darkest corners of true crime. Yet one case continued to haunt him. It was one of the most terrifying crimes in New York City history.” Joshua befriended Maury before his death and used interviews and notes to help make his Netflix series, he told The Wrap. “I met him actually as he was dying,” Joshua told the outlet. “I think he saw me like, ‘This kid is walking in and does documentaries, he’s my last great hope.’ I immediately recognized this was going to be a very difficult situation. He was so invested in the story and in trying to change the narrative.”