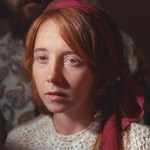 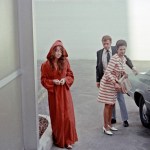 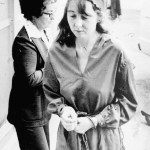 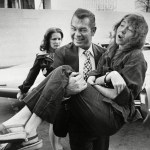 Former Charles Manson disciple Lynette ‘Squeaky’ Fromme says that nearly 50 years after the notorious Tate-LaBianca murders, she still loves him and is ‘honored’ to have met him.

To this day the late Charles Manson still has a hold over his “family” members. Lynette “Squeaky” Fromme was a teenager with nowhere to go when she met the infamous cult leader, who ordered two horrific murder sprees in Los Angeles during the summer of 1969. During an ABC special on April 30 entitled Manson Girls, the now 70-year-old Fromme said of Manson, “I don’t think you fall out of love. I feel very honored to have met him, and I know how that sounds to people who think he’s the epitome of evil.” We’ve got five things to know about her.

She was not along when under Manson’s orders, family members Susan Atkins, Patricia Krenwinkel, Linda Kasabian and Charles “Tex” Watson broke into actress Sharon Tate‘s rented Hollywood Hills home and butchered the pregnant beauty, along with four other people on Aug. 8, 1969. Fromme also did not participate in the following night’s murders of Rosemary and Leno LaBianca.

September 5, 1975, Fromme went to Sacramento’s Capitol Park in an attempt to speak to Ford about California’s redwood trees. She came armed with a 45-caliber semiautomatic pistol with 4 bullets but none in the chamber. She was immediately tackled by Secret Service members when she brandished the weapon at the president. She was sentenced to life in prison but was eventually paroled from the Federal Medical Center Carswell in Texas on August 14, 2009.

3. Fromme escaped from federal prison while serving time for her attempt to kill President Ford.

A nationwide manhunt was underway when on December 23, 1987, she escaped from Federal Prison Camp Alderson in West Virginia. She was found two days later just two miles south of the prison she escaped from. Fromme got paroled in 2008 had to serve an extra year due to the escape.

4. The owner of the Spahn Ranch where the Manson family lived for a time gave Fromme her nickname.

George Spahn gave her the nicknamed her “Squeaky” because she would make that sound whenever he touched her and the name stuck. Fromme lived on the Spahn Ranch on the outskirts of LA with Manson and the rest of the family in the late 1960’s after she met him in a Venice, CA park as a teenager with nowhere to go.

Thought I knew everything about 1969 and the Manson Family story but #1969ABC’s new weekly 1969 miniseries revealed one thing: Former Manson Family member Lynette “Squeaky” Fromme pronounces her surname “Frome-me.” And she still loves him. “You don’t fall out of love.” Egad. pic.twitter.com/FCD85oZdiE

5. Fromme will be portrayed by Dakota Fanning on the big screen in 2019.

The 25-year-old actress will play the Manson family member in Quentin Tarantino‘s Once Upon A Time In Hollywood, which is set in the summer of 1969. It’s due out this July.