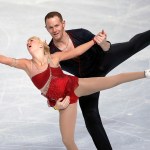 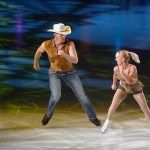 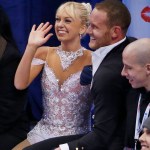 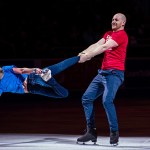 One of the women who accused late figure skater John Coughlin of sexual assault before he committed suicide came forward on Facebook about her allegations. Learn more about Coughlin and the case.

Five months after his death by suicide, Bridget Namiotka, a former pairs partner of figure skater John Coughlin has accused him of sexually assaulting her as a minor. This isn’t the first time Coughlin has been accused of sexual assault and there are two other women, one who was also reportedly a minor at the time, with their own assault accusations. Here’s what you need to know about Coughlin’s death at 33 years old, Namiotka’s claims, and more:

1. Bridget Namiotka accused Coughlin of sexual assault on Facebook. Namiotka skated with Coughlin from 2004 through 2007, when she was between the ages of 14 and 17; Coughlin was between the ages of 18 and 21 at the time. Namiotka opened up on Facebook through a series of posts on May 19, accusing her former pairs partner of sexually abusing her when they skated together. Namiotka’s posts were in response to a since-deleted post that praised Coughlin. She wrote, “”I’m sorry but john hurt at least 10 people including me. He sexually abused me for 2 years. Nobody innocent hangs themself [sic]. Someone that’s innocent doesn’t hang himself. Think about the victims when you’re speaking up for what he did to at least 10 girls.”

After Coughlin’s fans started attacking her on Facebook, she continued to speak out. She wrote, “Think about all of the girls he hurt. Grooming happens. It happened to me and he hurt a lot of girls. Think about the victims.”

3. He was being investigated for alleged sexual assault at the time of his death. Coughlin’s suicide came the day after the U.S. Center for SafeSport, which adjudicates sexual misconduct claims within Olympic sports, suspended him amid allegations of sexual misconduct. SafeSport dropped the case after Coughlin’s death, though leaders from U.S. Figure Skating and the Professional Skaters Association pleaded with them to reopen it. SafeSport declined the request because they could not make a ruling without Coughlin there to defend himself, per ESPN.

4. Namiotka’s lawyer said that he is representing two more women (unnamed at this time) who have also accused Coughlin of sexual assault. Attorney John Manly said in a statement to USA Today, “My clients believe, as do I, that what Mr. Coughlin was doing was known at high levels of U.S. Figure Skating. They allowed his family and supporters to develop a false narrative that he was being wrongfully accused. He was a predator and sadly took his own life to avoid accountability.” Manly had previously stated in March 2019, “My clients and I want to make this clear: John Coughlin used his position of trust and power and prominence in figure skating to sexually abuse multiple minors, three of whom I represent.”

5. Shortly before his death, he called the allegations against him “unfounded.” Coughlin wrote in a statement to USA Today on January 7, ten days before his suicide, “While I wish I could speak freely about the unfounded allegations levied against me, the SafeSport rules prevent me from doing so since the case remains pending. I note only that the SafeSport notice of allegation itself stated that an allegation in no way constitutes a finding by SafeSport or that there is any merit to the allegation.”