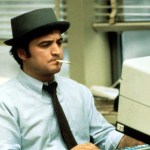 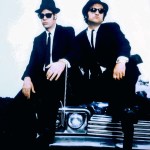 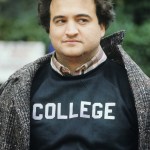 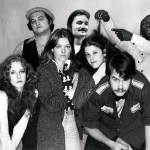 Showtime is exploring the life of comedy legend John Belushi in a brand-new documentary airing Nov. 22. Here are 5 key things to know about the late ‘SNL’ star who died far too soon.

The new documentary Belushi will premiere Nov. 22. at 9 p.m. on Showtime. Director R.J. Cutler will peel back the layers of the late John Belushi, a beloved comedy icon. Family and friends will share memories about John in the documentary, including Dan Aykroyd, Chevy Chase, Lorne Michaels, and more. So, who is John Belushi? HollywoodLife is getting you all caught up before the doc.

1. John was one of the original Saturday Night Live cast members. John kicked off Saturday Night Live in 1975 alongside 8 other comedians who were dubbed “The Not Ready for Primetime Players.” Those names included Dan, Chevy, Gilda Radner, and more. John quickly became one of the show’s breakout stars. His most famous characters were Samurai Futaba, a killer bee, and more. He was a cast member from 1975 to 1979.

2. John tragically died at 33 from a drug overdose. The comedian was found dead in his bungalow at the Chateau Marmont on March 5, 1982. The night before, he had been partying and actors Robin Williams and Robert De Niro had reportedly visited him. The cause of John’s death was an overdose of cocaine and heroin, known as a speedball. Cathy Smith, the woman who supplied John with the drugs, spent 15 months in prison after pleading guilty to involuntary manslaughter and several drug charges in connection with his death. John was survived by his wife, Judith. They had no children.

3. He was best friends with Dan Akyroyd. John and Dan became fast friends during their tenure on Saturday Night Live. Their skit together, the Blues Brothers, became such a hit that it spawned a movie. The Blues Brothers was released in 1980 and has reached cult film status. John and Dan were supposed to present the Oscar for Best Visual Effects in 1982, but John died just weeks before the ceremony. When Dan presented the award, he said this about John: “My partner would have loved to have been here tonight to present this award, since he was a bit of a visual effect himself.”

4. He starred in a number of hit movies before his death. In addition to The Blues Brothers, John’s biggest film was the 1978 movie National Lampoon’s Animal House, which is recognized as one of the best comedies of all-time. John also starred in movies like 1941 and Neighbors before his death.

5. John’s brother is a famous actor. John’s younger brother is Jim Belushi, a famous actor and comedian. Jim was an SNL cast member from 1983 to 1985. He’s best known for his role in the sitcom According to Jim.