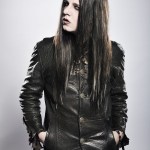 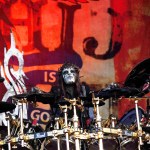 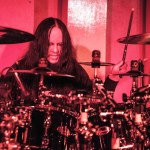 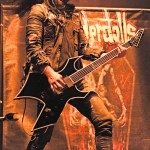 Joey Jordison’s family sadly confirmed that he ‘passed away peacefully in his sleep on July 26.’ Here are five things you should know about the late Slipknot drummer.

Joey Jordison, the founding drummer for the band Slipknot, has died at the age of 46. The musician’s family confirmed his death in a statement, which was obtained by HollywoodLife, on July 27.

“We are heartbroken to share the news that Joey Jordison, prolific drummer, musician and artist passed away peacefully in his sleep on July 26th, 2021. He was 46,” the statement began. “Joey’s death has left us with empty hearts and feelings of indescribable sorrow. To those that knew Joey, understood his quick wit, his gentle personality, giant heart and his love for all things family and music.”

“The family of Joey have asked that friends, fans and media understandably respect our need for privacy and peace at this incredibly difficult time,” they continued. “The family will hold a private funeral service and asks the media and public to respect their wishes.”

The cause of Joey’s death has not been released at this time. Our comfort and healing wishes go out to his family, friends, and fans.

Here are five things you should know about Joey.

Joey was part of Slipknot since the band’s formation.

Joey played drums and wrote songs for the heavy metal band, that was previously known as The Pale Ones, when they first started in 1995 and remained with them until 2013. He also played guitar for the band Murderdolls. In 2013, he founded the band Scar the Martyr and played drums for them until they disbanded in 2016. At the time of his death, he was part of the supergroup, Sinsaenum, which formed in 2016. Throughout his career, he also took opportunities to perform with other heavy metal groups such as Rob Zombie, Metallica, and Korn.

He grew up in Iowa.

Joey was from Des Moines and grew up with his parents and two younger sisters. It was during this time that he began to have an interest in music and started playing drums at the age of 8.

He worked on a remix of the band’s song “The Fight Song” and also appeared in the music video for their cover of “Tainted Love” in 2001. It was confirmed he played guitar on a track for Marilyn Manson‘s 2003 album, The Golden Age of Grotesque but it wasn’t included on the final release.

Joey shared the news that he was suffering from acute transverse myelitis, a rare condition in which the spinal cord becomes inflamed, in an interview. He explained that the symptoms for the condition had started back in 2010 but he he was not diagnosed for a long time. He eventually lost use of his left leg and recovered with medical help and working hard in the gym.

Joey was considered one of the greatest drummers in the  music industry.

He got a lot of recognition and won numerous awards for his skills behind a drum set. Rhythm magazine named him the best drummer of the past 25 years in 2010 after readers voted. He also won the Drummies Award for Best Metal Drummer in 2010 and was named the world’s greatest metal drummer by readers of Loudwire in 2013. In 2016, he was honored with The Golden God Award at the Metal Hammer Golden God Awards.