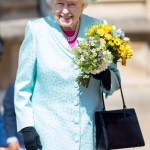 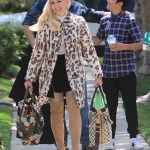 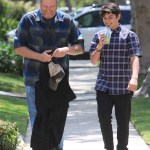 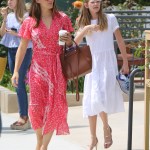 Joel Osteen has been considered to be one of the most influential religious leaders throughout his decades long career.

Joel Osteen, 57, has no doubt made a massive impact on the religious world for several years now. The pastor, televangelist and author has drawn millions upon millions of people in on an international level with his inspirational sermons that take place at his Lakewood Church in Texas. Joel drew focus in a much different way recently when it was reported that several A-list stars were set to participate in his Easter Church Service on Sunday, April 12. Some of those celebs included Mariah Carey, Tyler Perry and Kanye West, although the “Gold Digger” rapper canceled his performance ahead of time for unknown reasons.

Here are 5 things to know about Joel, who has been referred to in the past as the most popular preacher on the planet.

1: Southern Upbringing. Joel was raised in Houston, Texas with five other siblings. His father John founded Lakewood Church which Joel is now a senior pastor at. Joel graduated from Humble High School in 1981 before he studied radio and television communication at Oral Roberts University. He did not, however, graduate.

2. Finding Your Calling. Instead of finishing his time at Oral Roberts Joel returned back to Houston where he founded Lakewood’s television program. It was there that he produced his father’s televised sermons for 17 years until January 1999, when John died unexpectedly from a heart attack.

3: Family Man. Joel and his wife Victoria Olsteen (who is a co-pastor at Lakewood and an author as well) have been married for 33 years now. They have two children: son Jonathan and daughter Alexandra.

4: Best Selling Author. The 57-year-old has released many successful books over the past 20 years that includes his New York Times best seller Your Best Life Now: 7 Steps to Living at Your Full Potential.

5: Cha-Ching. Joel’s net worth is estimated to be somewhere between $40 and $60 million dollars. He and his family live in a 17,000 square foot mansion in River Oaks, Texas, that has an estimated value of $10.5 million dollars. Joel has said in past interviews that he only makes money from his book sales and draws no salary from his church.