Who is Jen Shah? If you’re asking yourself this after seeing the recent arrest news about the Bravo star, we’re here to answer that. On March 30, the 47-year-old business owner was charged with “conspiracy to commit wire fraud in connection with telemarketing and conspiracy to commit money laundering,” per a press release from New York prosecutors. The news arrived just over a month after Jen finished filming her first season of The Real Housewives of Salt Lake City.

Later that day, Jen was seen being taken into custody and later leaving a federal courthouse. While Jen is facing up to 30 years in prison if convicted, she has yet to respond to the accusations leveraged against her (which we’ll get more into below). Now, learn more about the Real Housewives franchise’s latest breakout star who is facing legal trouble:

IT’S A WRAP! Thank you all for supporting us during this wild and crazy journey! CHEERS to #RHOSLC season one🥂 pic.twitter.com/7VmqdfG3zP

Jen made her Bravo debut, along with her other Utah-based “Real Housewives,” in the inaugural season of The Real Housewives of Salt Lake City that premiered in Nov. 2020. Not only did Jen make history as one of the first RHOSLC cast members, but she also became the first ever person of Polynesian descent to join the Real Housewives franchise (she is Hawaiian and Tongan).

As For What Exactly Happened, Jen Was Accused Of Carrying Out A Telemarketing Scheme

Jen, along with her assistant Stuart Smith, were specifically accused of carrying out a “wide-ranging telemarketing scheme that defrauded hundreds of victims” throughout the United States between 2012-March 2021. The prosecutors alleged that Jen and her assistant sold these victims, mostly over the age of 55, “so-called ‘business services'” as part of the scam.

Jen’s Bravo bio states that she’s the “CEO of three marketing businesses,” which she explained further during the Season 1 reunion for RHOSLC that aired in Feb. 2021.

“I run a lot of different companies and businesses, and a lot of them have different roles in the companies,” Jen told Andy Cohen, since she was also explaining why she needs four assistants. She further elaborated, “My background is in direct-response marketing for about 20 years, so our company does advertising. We have a platform that helps people acquire customers, so when you’re shopping online or on the Internet, and something pops, we have the algorithm behind why you’re getting served that ad.”

Jen is married to Sharieff Shah, whom she affectionately refers to as “Coach Shah.” He works as a special teams coordinator for the University of Utah’s football team and also coaches the cornerbacks on the team. He played for the very same team in the ’90s, and earned many accolades during his time as a collegiate athlete. This included being named as an honorable mention all-Western Athletic Conference safety in 1991 and 1992, in addition to once being named the Sports Illustrated National Defensive Player of the Week.

Jen and Sharieff met during their time at the University of Utah. “When I met my wife in college, it was fantastic. I never in my life, in my life, seen anybody as pretty in my life. And I said, ‘Well, would you like to go out?’ And she said, ‘Yes, but I’ll bring my cousins with me’,” Sharieff recalled on an episode of RHOSLC that aired in Dec. 2020.

Related: Deshaun Watson’s Girlfriend Jilly Anais: Everything To Know About Romance With Model 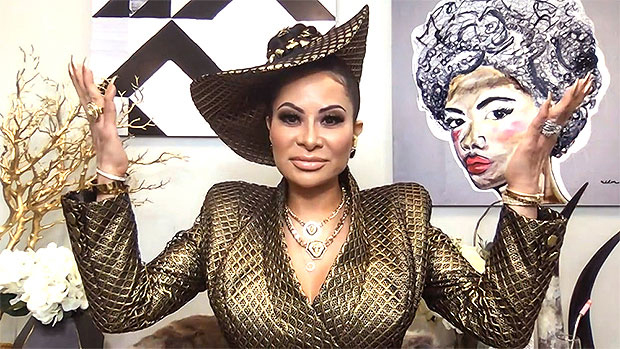 Jen Shah starred on Season 1 of RHOSLC between Nov. 2020-Feb. 2021. Season 2 is currently in production. [Shutterstock]

“Always decked out in designer brands, Jen loves to host parties and spares no expense – it’s important to her that everyone knows she is the best host in Utah,” her Bravo bio states. She makes this passion for fashion known on her Instagram page, where she regularly posts photos of herself in stylish outfits.