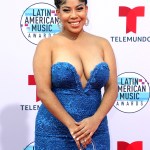 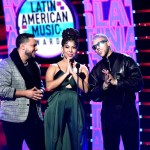 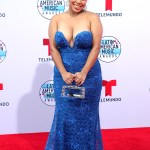 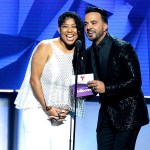 In honor of the Hispanic community’s contribution to American life, Jeidimar Rijos resurrected the nearly-lost Spanish version of the U.S. national anthem. Get to know this incredible singer.

If there was one moment during Altísimo Live! on May 5, that demonstrated what it meant to be American, it was when Jeidimar Rijos’s began the event with her stunning rendition of “El Pendón Estrellado.” A video featuring the Puerto Rican singer and winner of La Voz, the Spanish-language version of The Voice, was the first thing aired. She sang a song that many knew by its tune, though its lyrics might be unfamiliar. As it turns out, “El Pendón Estrellado” is the official Spanish-language version of “The Star-Spangled Banner,” a version that had been practically lost until Jeidimar recently teamed up with the We Are All Human Foundation (WAAH) to record and release a version in April 2020.

Jeidimar’s appearance in Altísimo Live!  — a virtual Latin music and pop culture festival streamed on social media and benefiting the Farmworkers Pandemic Relief Fund — was part of WAAH’s Hispanic Star initiative. Under “El Pendón Estrellado,” the Hispanic Star campaign celebrates the Hispanic contribution to America while providing help in the face of COVID-19 through the Hispanic Response and Recovery Plan. The community has been hit hard by the COVID-19 coronavirus outbreak, with many members serving as medical workers, food producers, and truck drivers. The community has helped keep Americans healthy and fed, and performing “El Pendón Estrellado” was Jeidimar’s way to give back during this time.

As millions celebrate Cinco de Mayo – which, turns out, is more American than one might think – here’s what you need to know about Jeidimar, about the historical significance of “El Pendón Estrellado,” and how you can help out during this time.

1. She’s a Puerto Rican superstar with one amazing “voice.” Jeidimar, 18, hails from Dorado, Puerto Rico, and she’s currently known for her recent success on Telemundo’s La Voz. Alongside her coach, Puerto Rican superstar Luis Fonsi, Jeidimar defeated the rest of the 16 finalists to claim the competition in 2019. In addition to being crowned ganadora de La Voz, she also took home a $100,000 cash prize and a record contract with Universal Music Group.

2. She first learned about “El Pendón Estrellado” about “a month or two ago.” The Spanish-language version of the U.S. anthem has been, for the most part, something that no one knew about until the start of the year. Even Jeidimar didn’t know about it until “a few weeks before going to New York and recording it,” tells HollywoodLife in an EXCLUSIVE interview.

In 1945, the U.S. State Department of then-President Franklin D. Roosevelt commissioned Peruvian musician and composer Clotilde Arias to create an original translation of “The Star-Spangled Banner” as part of Roosevelt’s Good Neighbor Policy with Latin America. Though the song was widely circulated and shared abroad, it didn’t catch on and was almost completely forgotten. On the 75th anniversary of FDR’s death (April 12, 2020), Jeidimar teamed up with WAAH to record a version as a way to celebrate the Hispanic community’s contributions to the vivid and broad tapestry of American life.

She also made history with her recording. “It had never been sung before. It existed, but nobody had ever sung it before. So, I’m the first person to ever sing this rendition of it, the [Spanish-language] version that was written by a Peruvian.” When asked which version is more fun to sing, she chooses the Spanish one. “It’s by far the more fun one to sing,” she says while laughing. “I’ve sung [“The Star-Spangled Banner”] before, but it’s not the same feeling as singing it in my first language.”

3. She’s still taking in everything. It’s been just a year since Jeidimar won La Voz. Since then, she not only resurrected “El Pendón Estrellado,” but the video of her performance was the first thing shown during  Altísimo Live!, an honor that left her feeling “shocked.” After the video aired, she made a brief appearance to discuss the video and its impact on the Hispanic community.

“Each day since this whole project of me singing the U.S. national anthem in Spanish, it has been shocking, and that’s how I felt today,” she tells HollywoodLife. “I was just shocked. It’s everyone’s dream to be doing something as historic as this, and that I’m doing it right now, I’m very grateful.” She also is grateful that this moment has shone the spotlight on medical professionals and essential workers.

“Before coronavirus, people were really paying attention to … what artists were doing, who got a new tattoo, who changed their hair. Now, to see how everyone is focusing on things that are important, it makes me very happy.”

4. She says that the anthem is all about “unity” in this time of coronavirus. “The reaction has been amazing,” Jeidimar tells HollywoodLife. It’s been over a month since “El Pendón Estrellado” was released, and the Hispanic/Latinx community has welcomed Jeidimar’s song with open hearts and open arms. “The week after [the song’s release], I was being called by all types of shows. Everyone was saying, ‘thank you, thank you for that.’ People were just so grateful.

5. She says she’s found a career direction in this time of coronavirus. What’s next for Jeidimar? “After winning La Voz, I really didn’t have a destination of where I was going, but now, especially in this time of coronavirus, I’ve had a lot of time to think and have my alone time with God. I believe in God, I go to church every week — well, every day, I sing, I praise,” she tells HollywoodLife. “If it wasn’t for God — I deal with a lot of anxiety. That’s one of the things I fight with the most. Being in my house all day, I couldn’t do it. But going out, I feel [uplifted] with this spirit of joy, the Holy Spirit. It has kept me sane during these times.”

“Now, people should be expecting a lot of worship music from me. Those are my plans. Right now, it’s one big idea because I can’t really be thinking about details right now because — hello, studios are closed! All the things I need are closed. But, I know sooner or later, a lot of [spiritual] music and me singing in that light.”