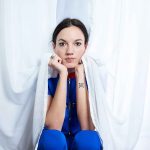 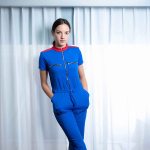 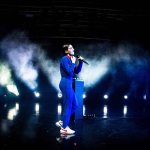 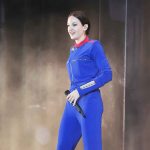 Before a single minute of soccer gets underway, Jain will kick off the 2019 FIFA Women’s World Cup with an epic performance. Ahead of the opening ceremony, get all the info about this amazing French singer.

Right before some of the best soccer players in the world go head-to-head in the 2019 FIFA Women’s World Cup, one of France’s brightest stars will kick off the tournament with a bang! Ahead of host country France’s game with South Korea on June 7, Jain, 27, will perform during the FIFA Women’s World Cup Opening Ceremony. “I am hugely excited to sing in the Opening Ceremony of such an amazing sport event,” Jain said in a statement. “To perform on the pitch where the world’s best football players will compete to become FIFA World Champions is a real honor. With my performance, I want to celebrate their skills and inspire every player to give their best and to shine on the world stage.” Before the extravaganza goes down, this is what you need to know about Jain:

1. She was born in France but grew up all over. Jain (born Jeanne Louise Galice) was born in Toulouse, France in Feb. 1992. Due to her father’s work, she grew up around the world. She moved to Dubai at the age of nine, according to All Music, and then relocated to the Congo during high school. She also visited India, Jordan, South Africa, Namibia, Senegal, Australia, Madagascar (her mother is half Malagasy), Oman and the US. After graduation, she returned to Paris to attend art school.

2. Forget SoundCloud – she used MySpace. While in the Congo, she met French record producer and DJ Mr. Flash (born Gilles Bousquet). “I was the only white girl, and I wasn’t doing rap, and still I got along with everybody,” she told The Guardian. “That was a very happy time.”

Her friendship with Mr. Flash led her to focus on her love of music, and she used the music from her youth – French techno, Arabic percussion, the rhythms of Africa, according to All Music – to define her own style. Jain published her demo tracks to MySpace, which caught the attention of an old reggae DJ named Dready. He became – and still is – her manager.

3. Drumming got her into music. “When I was living in the south of France, I was seven years old and was introduced to drumming,” she told MySpace. “It was my first relation with music. I took drum lessons for three years. So it really started with the rhythm first and then the melodies followed. Then I moved to Dubai when I was nine years old, and I took an Arabic percussion lesson called darbuka. So for me, I knew how the rhythm worked even before the melody and the lyrics. So it was more natural for me to write a song.“

4. She blew up in 2015. Jain released her first EP, Hope, in June 2015. The single, “Come,” was met with considerable success in France and Spain (it would be certified Diamond a year later.) Her first album, Zanaka, would be released in November 2015.

“It’s really evolved over time. I wrote ‘Come’ when I was 16 years old,” Jain told MySpace. “The version of the song now is very different from what it was. It’s grown up a little bit. And there’s a song called ‘Makeba.’ I wrote that in 2015. So it’s an album that really grew up with me. It’s been with me through my childhood, teenage-hood and now. So it’s something that’s really followed me around the country and where I lived.”

5. You probably loved her at Coachella. The success of “Come” saw her play The Late Show With Stephen Colbert in 2017 and eight shows at South By Southwest that year. In 2018, she released her second album, Souldier, which went to the top of the charts in France. She released a new song, “Gloria,” in April 2019, right as she played Coachella. First Coachella, and now, the World Cup? What’s next for Jain? The sky’s the limit!