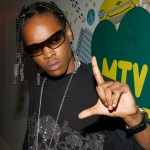 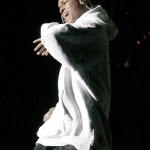 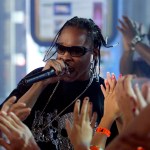 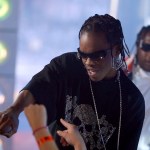 Rapper Hurricane Chris was arrested for murder in Louisiana on the morning of June 19. Here are five things you should know about the rapper known for his 2007 hit track ‘A Bay Bay.’

Hurricane Chris was arrested on June 19 for murder. Corporal Public Information Officer Angie Whilhite confirmed to HollywoodLife that Shreveport, Louisiana detectives have “charged him with second degree murder and possession of stolen vehicle.” The victim’s identity has yet to be released, but the Shreveport Police Department’s Violent Crimes Unit confirms that the victim died as a result of a fatal shooting.

The department was dispatched to a Texaco convenience store on June 19 just after 1:00 a.m., the release confirms, following a report of a shooting. The victim was then taken to Ochsners LSU Health Hospital after officers discovered they suffered multiple gunshot injuries. The victim later died at the hospital. Investigators were then able to review security video footage and identified Hurricane Chris — who made claims of self defense — as the shooter. Hurricane Chris, born Christopher Dooley, Jr., 31, was best known for a 2007 hit track and collaborating with other Hip hop artists. Here are five things you should know about Hurricane Chris.

1) Hurricane Chris came to fame in 2007. The rapper released his debut album at the age of 18, entitled 51/50 Ratchet. The album’s debut single was his 2007 hit “A Bay Bay.” The track became so popular that artists like The Game, Lil Boosie, E-40, and more remixed it. The song peaked at No. 7 on the US Billboard Hot 100  No. 3 on its rap chart and was certified platinum upon its release.

2) He released only one other album. After the success of “A Bay Bay” and Hurricane’s debut album, his second album was released in 2009, entitled Unleashed. Songs on the album include “Headboard” and “Halle Berry (She’s Fine)” among others. Between his debut album and his second, Hurricane also worked on a few mixtapes and remixes of “A Bay Bay.”

3) The music video for his single was wildly popular. After “A Bay Bay” made it’s way to the radio in 2007 and climbed the Billboard charts, it was only a matter of time before the rapper’s music video would find the same popularity. As of today, the music video, which you can watch above, has garnered nearly 30 million views.

4) He is a native of Shreveport. The city in Louisiana where Hurricane was arrested also happens to be his hometown. The rapper grew up in the Shreveport neighborhood and was also allegedly affiliated with the group Hoover 19 Park Family Bloods.

5) Hurricane Chris was active on social media up until his arrest. The rapper has roughly 62 thousand followers on Instagram and had recently been posting selfies of himself wearing a protective face mask amid the COVID-19 pandemic. He also used his platform for calls to justice during the Black Lives Matter movement.