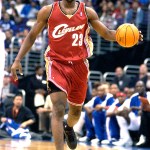 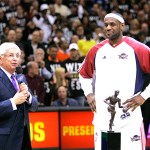 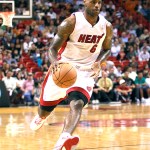 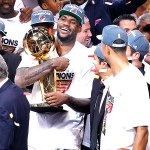 LeBron James mourned his friend Brandon Weems’ sister Ericka, 37, who was murdered in Ohio over the weekend, on Twitter, and asked the public for ‘answers’. Here are five things you should know about her.

LeBron James, 35, took to Twitter on Nov. 4 to ask his followers for help with “answers” in regards to the murder of his close friend Brandon Weems‘ sister Ericka Weems, 37, in Akron, Ohio “over the weekend.” The L.A. Lakers player referred to Brandon as his “brother” in the tweet and pleaded for the city to find out who committed the crime.

“AKRON OHIO!! My brother’s sister was murdered this past weekend in her home! My brother family need answers to why and by whom. My city I need y’all to go to work and find out who did this awful, shameful, disgusting thing to such a caring, loving angel! #Justice4EricaWeems,” LeBron’s tweet read.

AKRON OHIO!! My brother’s sister was murdered this past weekend in her home! My brother family need answers to why and by whom. My city I need y’all to go to work and find out who did this awful, shameful, disgusting thing to such a caring, loving angel! #Justice4EricaWeems❤️💔

Shortly after LeBron’s public plea made headlines, a spokesperson for the Summit County Medical Examiner confirmed there was a “homicide” and the victim was Ericka, in an EXCLUSIVE comment to HollywoodLife. “After the family made a welfare check after not answering her phone the body was discovered and police were called,” the spokesperson said. “The victim died from a gunshot wound to the head. It was a homicide.”

Here are five things you should know about Ericka, her connection to LeBron, and the tragic situation resulting in her death.

1.) Her body was reportedly found on Nov. 3. Family members found Ericka’s body in a bedroom inside her home on the west side of Akron at around 3 p.m., according to News 5 Cleveland. At the time the body was found, police were reportedly still looking for leads in the ruled homicide.

2.) Ericka’s loved ones reportedly described her as “loving and caring” after her death. “She just loved and cared about everybody. She had the biggest heart,” her brother, Brandon, who can be seen in an Instagram pic with her and their other sister, Shermaine Weems-Reed below, reportedly told News 5 Cleveland. “I’m going to miss her dearly.”

“They just stripped our whole world in the blink of an eye,” Shermaine also reportedly told the outlet.

3.) Her brother, Brandon, has been a “lifelong friend” of LeBron’s. After Brandon was promoted to director of scouting for LeBron’s former NBA team, the Cleveland Cavaliers in July 2017, CavaliersNation.com reported that the two have had a “lifelong friendship.” Brandon’s official Instagram account is also filled with pics of himself hanging out with the athlete on a regular basis, such as the 2018 pic below.

4.) She seemed to be celebrating her 37th birthday in her last Instagram post. In a video clip that was posted to an account seemingly belonging to Ericka on Oct. 25, she can be seen wearing a face mask while outside under falling snow. She labeled her location as Denver, Colorado and captioned the post with, “Definitely one of the 🐐 birthdays!! #37 😍🥰😭”

5.) Just one month before her death, she passed a Carry a Concealed Weapon Licensing (CCW) class, according to Instagram. “My scary self passed my CCW class yall! Make sure you book with Mark Wooldridge/ Ultimate Security and Protection Agency! 💪🏽❤️,” she wrote on Oct. 2, alongside two pics that showed her wearing a plastic eye shield, noise-cancelling headphones for shooting, and a face mask, which can be seen below.

HollywoodLife has reached out to LeBron’s reps and the Akron Police Department about the tragic death of Ericka but are still waiting for a response.