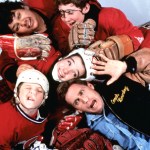 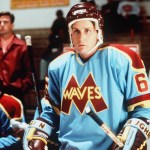 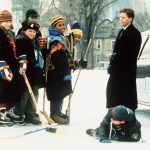 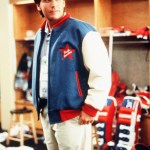 Nearly three decades after ‘The Mighty Ducks’ was released in 1992, Emilio Estevez is returning for the ice hockey movie’s reboot series. Get to know the ‘Brat Pack’ member!

Emilio Estevez, 57, is going to “lace up” his ice skates again, he revealed! The actor and director is taking on the role of ice hockey coach Gordon Bombay for The Mighty Ducks‘ Disney+ reboot series, after winning over fans’ hearts as the cocky attorney-turned-inspirational leader of the District 5 peewee hockey team in the original 1992 film. He also appeared in the 1994 and 1994 sequels, and almost 30 years later, he’ll now be appearing in the 2020 sequel! Disney+ made the announcement on social media on Feb. 13, tweeting, “NO. CHILL. 🚨❄🏒 #EmilioEstevez is BACK as Gordon Bombay! Check out this photo from production on The Mighty Ducks, an Original Series coming soon to #DisneyPlus.” Not only is Emilio starring in the new series, he’ll also be serving as the executive producer!

Disney+ even gave fans a sneak peek of the 10-episode series, sharing photos of Gordon with the all-new crew of ice hockey trainees. Emilio couldn’t be happier. “Once a Duck, always a Duck!,” Emilio declared in response to his closed deal, according to our sister website Variety. “After 25 years, I am delighted to lace up my skates, put on Coach Bombay’s jacket and return to play the iconic character for this new chapter in The Mighty Ducks franchise. Likewise, I am thrilled to return to my old stomping grounds with my friends at Disney and Steve Brill, the original creator of the franchise, to join them on their exciting new platform, Disney Plus.” While we wait for the reboot to arrive on the small screen, here’s what else you should know about Gordon Bombay’s actor.

1. He starred in classic ’80s films. He played Andrew the wrestler in The Breakfast Club, and appeared as jokester Keith “Two-Bit” Matthews in The Outsiders. Emilio was a familiar face in these coming-of-age films — so much so, he was considered a prominent member of the unofficial “Brat Pack” that included similarly aged actors like Anthony Michael Hall and Molly Ringwald.

2. Emilio comes from a famous family. Emilio’s dad is none other than Hollywood legend Martin Sheen, 79 (Apocalypse Now, The West Wing). Yes — that means his brother is Two and a Half Men star Charlie Sheen, 54!

3. He was once married to Paula Abdul, and engaged to Demi Moore. Like his family tree, Emilio’s dating history is just as connected to iconic individuals! He came engaged to his St. Elmo’s Fire co-star/Brat Pack cohort Demi Moore, 57, in 1985, but the relationship didn’t work out. He went on to marry pop star Paula Abdul, 57, in 1992, but they divorced in 1994.

4. Emilio is also a director! He’s a natural born leader, which his role in The Mighty Ducks proves. At only 24 years old, he became the youngest person in the entertainment industry to direct, write and star in his own major film after releasing Wisdom in 1986.

5. Emilio will be dealing with a much different “Mighty Ducks” team in the Disney+ reboot! “The new Mighty Ducks is set in present day Minnesota, where the Mighty Ducks have evolved from scrappy underdogs to an ultra-competitive, powerhouse youth hockey team,” Variety reported. One of the members from this all-star team (Brady Noon) gets cut, leading him to form his own “ragtag team of misfits” with his mom (Lauren Graham).