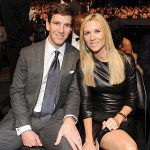 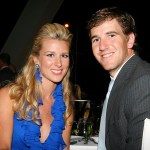 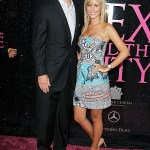 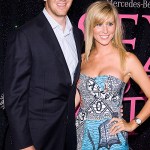 After 16 seasons as the New York Giants quarterback, Eli Manning is hanging up his cleats for good. He’s retiring after a brilliant career, and we’ve got five things to know about him.

After one of the most storied NFL careers of any quarterback, Eli Manning is calling it a day on life on the field. The 39-year-old is retiring after spending his entire career as the quarterback for the New York Giants. He’s been the face of the team, holds nearly all of the franchise’s passing records and is a two-time Super Bowl winner and MVP. Eli can leave knowing he’s one of the most elite athletes to play the game. Team president John Mara praised Eli for “defining what it is to be a New York Giant both on and off the field.” Eli will make his official announcement at 11am EST on Jan. 24.

It’s almost a sure thing that Eli be voted into the Hall of Fame in five years when he comes up for eligibility. His stats and records put him in a rarified air among NFL quarterbacks. Eli was the number one draft pick in 2004 by the San Diego Chargers. They immediately traded him to the Giants as part of a package, since Eli stated he’d refuse to play for San Diego. He remained a Giant for life and retires with the gratitude of New York fans for his loyalty and dedication to the sport.  We’ve got five things to know about him.

1. Eli comes from a famed football family. His father Archie Manning, 70, played 13 years in the NFL as a quarterback for several teams, twice making the Pro Bowl. His older brother, quarterback Peyton Manning, 43, played 18 seasons in the NFL, spending 14 years in Indianapolis with the Colts before finishing out his career with four years in Denver as the Broncos’ QB. Like his Eli, Peyton has two Super Bowl titles to his name.

2. Eli gave the Giants two brilliant Super Bowl wins over their nemesis the New England Patriots. He led an amazing fourth quarter come from behind victory in 2008’s Super Bowl XLII, scoring 14 points in the last 15 minutes to top the Pats 17-14.  New England had been favored by 12 points going into the game. He managed to do it again in 2012’s Super Bowl XLVI, besting the again-favored Patriots with a score of 21-17.  For his efforts he was named Most Valuable Player in both games.

The helmet catch 🙌 (via @NFL) pic.twitter.com/FxLi747YYh

3. Eli did not  see much play during the 2019 season. Following the second game of the season, he was moved from starter to back up QB by the Giants, who gave the position to rookie Daniel Jones, 22. Eli only started in four games during the entire season. He was set to become a free agent in the off-season, but decided to retire as he didn’t want to play for another team, but also didn’t want to sit on the bench.

4. Eli made the most money of any NFL player. He earned $250 million from his football contracts, the most in league history.

5. Eli is married with four children. He wed his University of Tennessee college sweetheart Abby McGrew on April 19, 2008 in Cabo San Lucas Mexico. They have three daughters — Ava, 8, Lucy, 6, and Caroline, 4, and welcomed their first son Charles “Charlie” on Feb. 3, 2019.