There’s a new doctor coming to Grey Sloan in season 18. Peter Gallagher has joined the cast as Dr. David Hamilton, and he’s going to have a lot to do with Meredith.

New doctors come to Grey Sloan Memorial Hospital all the time, but there’s some major discussion about Dr. David Hamilton. The O.C. vet Peter Gallagher is going to have a major recurring role in Grey’s Anatomy season 18.

The eighteenth season premieres on September 30, and that’s when Dr. Hamilton will make his first appearance. HollywoodLife has rounded up everything we know so far about this new character.

Dr. Hamilton is connected to Meredith via her late mother, Ellis Grey. The official synopsis for the season 18 premiere reveals that Meredith will have a “surprising opportunity when she meets a dynamic doctor from her mother‘s past.” That “dynamic doctor” is none other than Dr. Hamilton! 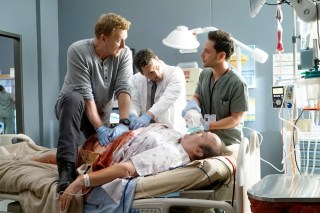 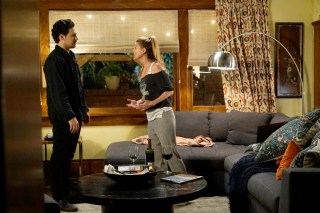 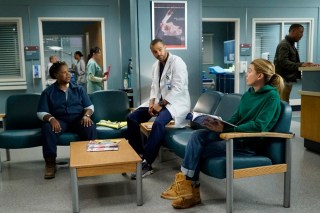 David Hamilton is a Minnesota neurosurgeon who asks Meredith to attend the opening of a research library dedicated to her mother, according to TV Insider. Peter told the outlet that Dr. Hamilton knew Ellis “somewhat in the past.” He added, “In addition to that coincidence, he regards Meredith as a premier surgeon in her field, and so that interests him.”

It’s unclear how Dr. Hamilton and Ellis met in the past or if the show will explore that aspect of the story. When Peter’s casting was announced, Deadline said that “his character may hold the key to how Kate Burton’s Ellis Grey will be reintroduced on the show.”

Is Dr. Hamilton Good Or Bad?

Peter also teased that some of Meredith’s colleagues “think he’s up to something.” However, Peter thinks Dr. Hamilton’s a good guy. “I was fully expecting Hamilton to be brash and insensitive,” he told TV Insider. “That’s not my impression. He’s really good at his job, and so far, he seems to be a pretty good human being!”

Dr. Hamilton is played by the one and only Peter Gallagher. Most TV watchers will remember Peter most from his role as Sandy Cohen on The O.C. He’s recently played Nick on Grace and Frankie and Mitch on Zoey’s Extraordinary Playlist.