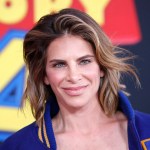 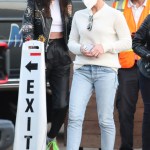 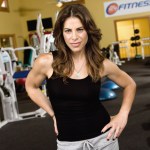 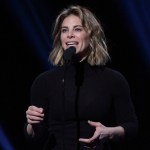 Jillian Michaels is set to walk down the aisle with DeShanna Marie Minuto and fans want to know everything about the famous fitness trainer’s lucky lady. Find out more on DeShanna here!

Congrats to Jillian Michaels! The Biggest Loser coach announced she was engaged to her girlfriend DeShanna Marie Minuto on November 28. In an adorable snap of the happy couple posted to her Instagram, Jillian is seen hugging Deshanna, who is showing off the gigantic sparkler. “1153 days… here’s to thousands more. She said ‘yes’,” the famous fitness trainer captioned the pic. Keep reading to find out more about Jillian’s soon-to-be wife!

DeShanna Is A Fashion Designer

After graduating from NYU and working as a creative director at several agencies, DeShanna eventually founded fashion label Letterino 85, which sells reconstructed vintage jackets, per the company’s website. She started designing the jackets as a hobby, with the first transformations being her grandfathers WWII Bomber and her fathers 1960’s biker jacket.

She Was A College Athlete

DeShanna was a Division 1 athlete during her college career. “What’s interesting about DeShanna is she was like, a D1 athlete — some crazy great athlete … and is very fit, very lean,” Jillian told People. She went on to say how DeShanna quickly picked up working out after retiring as an athlete. “[DeShanna] was like, ‘Okay, I’m going to start working out. And so I was like, ‘Alright babe,'” Jillian explained to the outlet. “I gave her a little routine and she was like, ‘I can’t walk, I’ve been zombified, I hate you,’ and then, over a couple of weeks … she’s like, I just ran my mile in seven minutes and 15 seconds.”

She’s Been Dating Jillian Since 2018

The happy couple recently celebrated their three-year anniversary. In October, Jillian shared a cute photo of the couple relaxing in bed, with the caption, “We are all asleep until we fall in love’ Happy Anniversary @deshannamarie I adore you.” For their two-year anniversary, Jillian wrote on Instagram, “Thank you for making me a better person. Thank you for being you and sharing yourself with me. I love you more.” 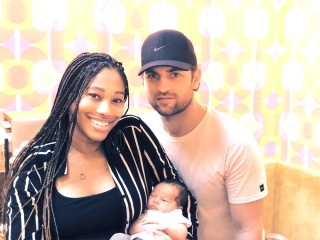 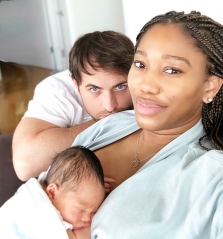 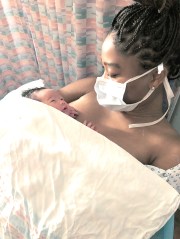 DeShanna Has Traveled The World With Jillian

In an adorable photo album posted to her Instagram in October 2020, DeShanna shared snaps of her exotic trips she took with Jillian, including stops in Japan, Uganda and the Caribbean. “Taking it back to Japan where the adventures began. From go karting on the highways of Tokyo, to being woken up by a hippo at our bedroom door for a 5am boat ride across the Nile. Hot air balloon African safaris . Pushing me to scuba for the first time… WITH multiple sharks,” read part of the caption, before she added, “From Jumping off a cliff in aspen to downhill bike suicide mission. A jet ski journey in a category 4 hurricane, dog sledding in an artic tundra only to lose our team of dogs. Trekking through the Ugandan rainforest to share lunch with silverbacks. Galloping through Wyoming in a downpour – The list goes on.”

DeShanna Was Proposed To With A 7-Carat Sparkler

Jillian popped the question to DeShanna with a 7-carat emerald cut diamond featuring two single carat diamonds on each side, per People. A family friend and specialty jeweler in Miami crafted the gigantic sparkler.