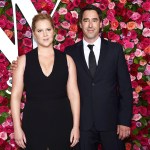 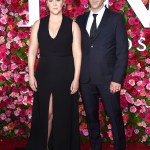 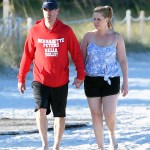 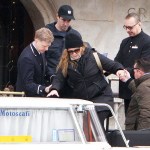 Amy Schumer’s been with her husband Chris Fischer for over three years! The pair have a son and have worked on two TV shows together. Learn more about her husband here!

This is no joke – comedian Amy Schumer, 40, has been married for over three years! She and her husband Chris Fischer, 41, tied the knot in secret while out in Malibu on Valentines Day in 2018. This wedding came mere days after Amy went public with the rumored romance, posting a picture of her kissing Chris on her Instagram. During their marriage, the couple have been through a lot together and have started a beautiful family! Here’s everything you need to know about Chris!

Yes, He Is A Chef

The way to a person’s heart is through their stomach, right? Well, no wonder Amy fell head over heels for this man. Chris has worked in some major kitchens across the globe. He’s served as the personal chef to New York restaurateur Keith McNally, worked as a sous chef in Mario Batali’s Babbo restaurant in New York City, cooked at Ruth Rodgers’ River Café in London and worked at Alice Waters’ Sustainable Food Project in Rome, according to BU Today. In her 2019 special Growing, Amy joked about her husband’s profession, saying it was a perk to their marriage. “I married a chef because I’m a f**king genius,” she said.

Chris And Amy Have One Son Together

Chris is the father to Amy’s only son. The comedian gave birth to Gene David Fischer in May 2019 via C-section. Their baby was originally named Gene Attell, after stand-up comedy legend Dave Attell, but Amy revealed that she changed her little boy’s name after she realized his name sounded like “genital” in an April 2020 episode of her podcast 3 Girls, 1 Keith. Regardless, Amy shared that Gene might follow in his dad’s footsteps that same month when she shared an adorable picture of him dressed as a “baby chef.” The couple may also try for baby number 2 in the near future! In January 2020, Amy opened up about some of her struggles with IVF, and she revealed that her and her husband were talking about a second child and “trying to figure it out” in an April 2021 interview on Ellen. 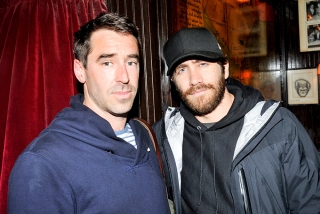 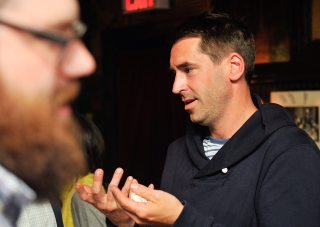 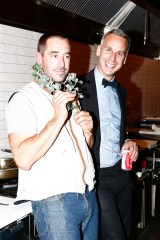 Chris Has Starred in Two Shows With His Wife

The whole family starred in the Food Network show Amy Schumer Learns to Cook, which premiered in May 2020. The series featured Chris teaching his wife everything that he knows about cooking. While Chris showed Amy the tools of his trade in the kitchen, Amy demonstrated her expert bartending skills with amazing cocktail recipes. The show’s second season premiered in August 2020. An uncensored version of the series was made available on Discovery+ in January 2021. Amy and Chris both served as executive producers on the series, and it received a Primetime Emmy Nomination in 2020 for “Outstanding Unstructured Reality Program.”

Besides the cooking show, Chris was also featured in Amy’s docu-series Expecting Amy on HBOMax. The 2020 three-episode documentary chronicled the couple’s journey through pregnancy and Amy’s battle with hyperemesis gravidarum, a pregnancy complication that includes severe nausea, vomiting and other symptoms. It also included the work that Amy put in towards her 2019 stand-up special Growing, where she made jokes about pregnancy and her husband.

Rumors that Amy and Chris were dating began swirling in November 2017, when they were spotted having dinner together, but Amy said she was “dating this new dude” back in June. Supposedly, she has Chris’s sister to thank, as she’s reportedly Amy’s personal assistant, according to E! News, so it seems that she assisted in Amy finding her future husband. If fans needed some more celebrity trivia, Chris reportedly met Mario Batali through Jake Gyllenhaal, who appeared on an episode of Inside Amy Schumer in 2016. Hopefully, Jake was invited to the surprise wedding!

He Comes From Farmers

Chris’s family has run a farm on Martha’s Vineyard since 1961. “I have a nontraditional approach to work,” he says. “I jumped into the chef world, but without a chefly background and was so focused for the first two and a half years that I taught myself to run Babbo’s three-star kitchen when I was 25.” He described his culinary background as “a lot of traveling and a lot of eating.”

“I grew up with a family that farmed, hunted and fished for our food, so it was inborn. It was only natural for me to learn to take these beautiful ingredients and do something exciting with them. Taking part in every step of the process from the harvesting of the wood for fuel to the birthing of the animals we eventually eat,” he said in an interview with Timberland. “My childhood was filled with Wiffle ® ball, drinking from hoses and hundreds of shared meals. We always ate lunch together as a family. Always three generations together, sometimes four. There was always something fresh from the garden on the table and it was served simply. More often than not, we ate with our hands.”

Chris returned to Martha’s Vineyard in 2005, following the death of his mother. From 2013 to 2015, he worked at Chilimark’s Beach Plum Inn and Restaurant, near his family’s farm. In 2016, he was the chef at the “newly opened” Edgartown restaurant, and a part-time instructor at Boston University’s Metropolitan College Programs in Food & Wine.

Chris Is On The Autism Spectrum

Amy revealed that Chris is on the autism spectrum during her 2019 Netflix special Growing. She told jokes about realizing that he was on the spectrum. The diagnosis was also explored in Expecting Amy. Amy encouraged others to get tested for Autism in a May 2020 Instagram post. “Being tested and diagnosed has helped us communicate and support each other better,” she wrote in a caption. “We want to encourage parents and people to give themselves the gift of information so people can function to the best of their abilities and remove any stigma that comes with autism. Statistically, our son most likely will be diagnosed as well, and if he’s anything like his father, that is wonderful news.”

He Wrote a Cookbook!

Want to learn how to cook like Amy Schumer’s new husband? Buy yourself a copy of Beetlebung Farm Cookbook: A Year of Cooking on Martha’s Vineyard. The book has recipes from lobsters to vegetables and it was highly praised upon publication. In fact, it won a James Beard Award, an honor given to the country’s top culinary talent!

HollywoodLifers, what do you think about Amy and Chris? Were you surprised to hear they were married?