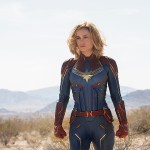 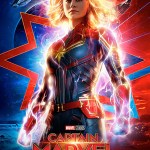 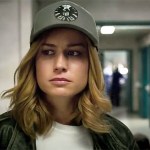 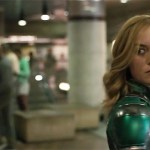 Brie Larson is the “It” girl these days. The Oscar winner stars in the highly-anticipated ‘Captain Marvel’ and now everyone in the world is talking about her! Here are a few key things you should know!

Brie Larson won the hearts of critics and movie lovers alike with her Oscar-winning role in Room, and now the 29-year-old is making history as Captain Marvel. Before Captain Marvel premieres and becomes one of the most massively successful superhero movies of all time, let’s learn more about the unfairly talented actress and her journey to becoming the Avengers’ most powerful ally.

1. She’s making history as Captain Marvel. Captain Marvel marks the first solo female superhero movie in the Marvel Cinematic Universe’s 10-year history. Ant-Man and The Wasp in 2018 featured the first female superhero in an MCU film’s title. This is extremely overdue, considering there have been 21 movies over 11 years and three phases. Captain Marvel will then join the Avengers in Avengers: Endgame in April 2019. She’s expected to be the key to saving the world from Thanos’ snappening!

2. Samuel L. Jackson urged her to come out of her shell and take the Captain Marvel Role — sort of. Brie was convinced that Sam Jackson, aka Nick Fury, would give her some guidance after she was in talks to play Captain Marvel. The pair were getting to leave Vietnam, where they had just wrapped their film Kong: Skull Island, to make it to the 2016 Oscars. You know, the one where she was awarded Best Actress for Room! The night before their flight, Sam asked her to have dinner.

“I figured it was going to be this moment where he was going to instill all this wisdom and give me some sage advice I could ruminate on my three plane flights back to Los Angeles,” Brie told USA Today. “And nothing! He didn’t say anything, and finally the check came and I was like, ‘You’re not going to say anything? You’re not going to tell me what I’m supposed to do?’ And he was like, ‘Why would I tell you what to do? You already know what you’re supposed to do. You get it!’”

3. You probably know her for more than Room and Captain Marvel. Room may be her breakthrough performance, but it was certainly not her breakout role. She memorably played Amy Schumer‘s sister in Trainwreck, and also crushed her roles in Kong: Skull Island, Short Term 12, United States of Tara. Oh — and she was one of the Six Chicks in 13 Going on 30! Casual, right? When she played rockstar Envy Adams in Scott Pilgrim vs. the World, nobody knew she’d be joining her future Avengers co-star Chris Evans, who wasn’t Captain America at that point, either.

4. She called for more diversity in film criticism — and got slammed for it. By white men, let’s clarify that. Big babies complained that Brie “hated white men” after she called for more inclusion and diversity and film critics during a speech at the Crystal + Lucy Awards in June 2018. “Am I saying I hate white dudes?” she said during the speech. “No, I’m not … [but if] you make the movie that is a love letter to women of color, there is an insanely low chance a woman of color will have a chance to see your movie and review your movie.” She added, “[Audiences] are not allowed enough chances to read public discourse on these films by the people that the films were made for. I do not need a 40-year-old white dude to tell me what didn’t work for him about [A] Wrinkle in Time. It wasn’t made for him. I want to know what it meant to women of color, to biracial women, to teen women of color, to teens that are biracial.” She has a damn point!

5. She was a teen pop star! In a different timeline, Brie would be one of our beloved, early aughts pop stars instead of an Oscar winner. Before making her name as an actress, Brie released an album in 2005, when she was just 14, called Finally Out of P.E. No, really! Actually, you probably know her song “She Said” from your local Horse Girl’s mix CDs. All joking aside, Brie has a beautiful voice. She got to flex it in Scott Pilgrim while playing Envy, one of the biggest rockstars in their universe. Her cover of Metric‘s “Black Sheep” bangs.