Briana Jungwirth has been popping up in recent photos with Brody Jenner, who’s newly single after splitting from wife, Kaitlynn Carter in December. The new couple has yet to address the status of their relationship — however, their flirtatious dates around Malibu all point to a brewing romance. Briana, 28, and Brody, 36, first sparked dating rumors in May. Here’s 5 quick facts about Briana:

1. Briana is a stylist. — She currently resides in LA, and it’s unclear if she works for herself, or a brand/company. Briana also appears to be an Instagram model and influencer. Despite only having 40-some Instagram posts on her feed, she has nearly 600,000 followers. Briana’s collection of posts mostly include photos and videos of herself modeling bikinis on the beach and other sultry looks. 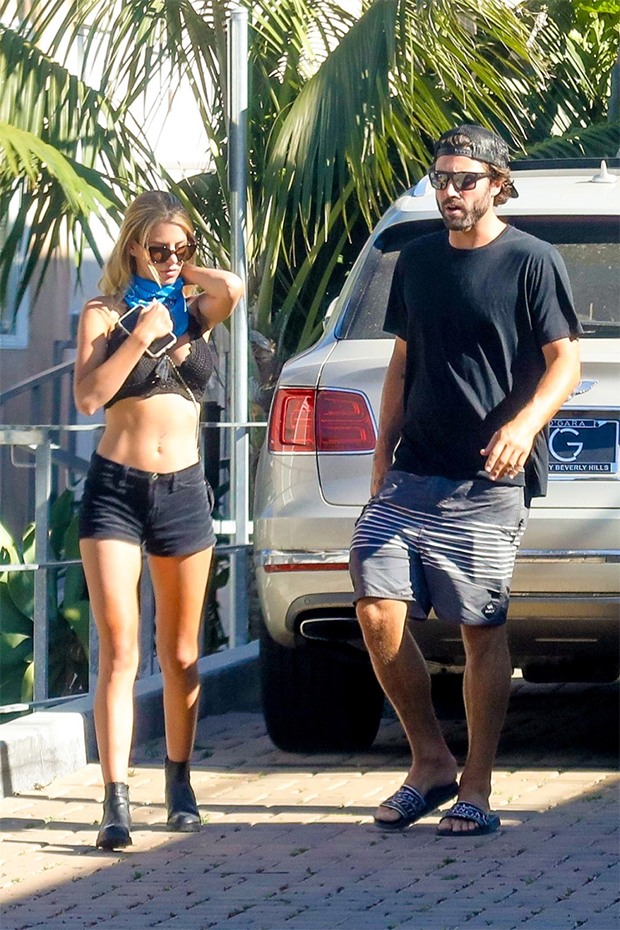 Brody Jenner and Briana Jungwirth out for lunch in Malibu on Tuesday, June 9, 2020. (Photo credit: BACKGRID)

2. She shares a son with singer Louis Tomlinson. — Briana and Louis are parents to 4-year-old son Freddie Reign Tomlinson. They welcomed their first and only child together on January 21, 2016. Louis confirmed his son’s birth via Twitter. “I’m pleased to say my baby son was born yesterday. He is healthy and pretty amazing,” he wrote at the time, adding, “I’m very happy!!”

3. Briana and Louis’ relationship began in 2015. — They were first spotted together in LA in May of 2015, and briefly dated soon after. The news of Briana’s pregnancy broke that July, and was confirmed just a few weeks later. Louis, who was 23 at the time, was romantically linked to actress Danielle Campbell at the time of Freddie’s birth — which caused rumored tension between Louis and Briana. The current status of Briana and Louis’ co-parenting relationship is unclear, as the two have remained private about their personal lives since Freddie’s birth. Nonetheless, Briana did post a sweet tribute to Louis on Father’s Day (2020).

4. As for Briana and Brody? — It’s unclear how they met, but the pair began stepping out together around May (2020).

5. Briana has met Brody’s ex-wife. — The trio was pictured together after an apparent group dinner with friends at Nobu Malibu on Saturday, June 20. Brody and Briana were spotted meeting up with Kaitlynn near the valet stand outside the restaurant, where the exes greeted each other with a friendly hug.