Brody Jenner and Briana Jungwirth aren’t shying away from those dating rumors that continue to swirl. The Hills star, 36, and the fashion influencer, 28, were spotted leaving Cafe Habana in Malibu after a bite to eat on Tuesday afternoon. Briana — who shares 4-year-old son Freddie with One Direction alum, Louis Tomlinson — showed off her amazing figure in short shorts and a plunging, lace crop top. Meanwhile, Brody donned a black tee and a pair of board shorts with sandals and a backwards cap. 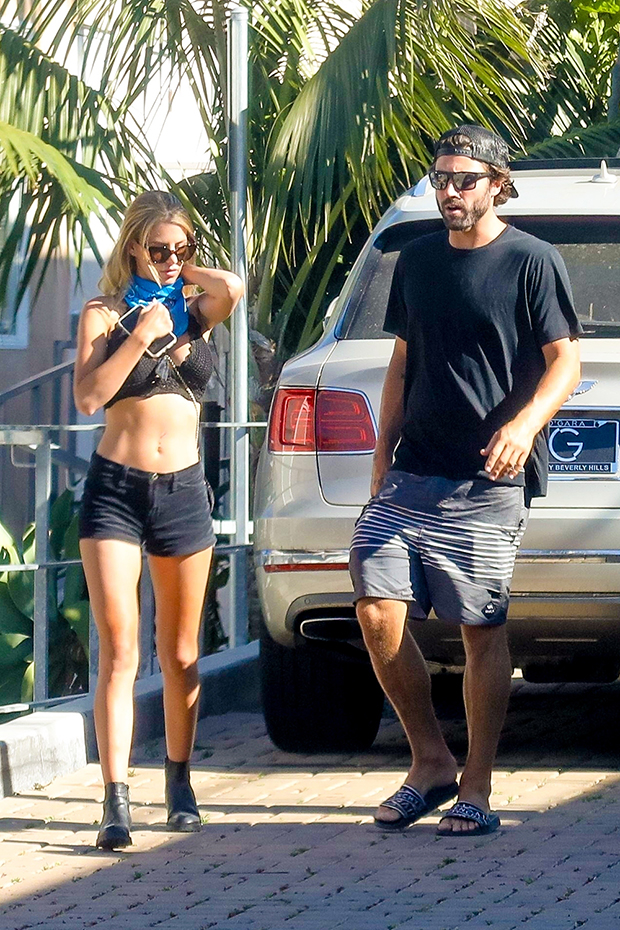 The rumored new couple, both of which rocked tinted sunglasses, didn’t appear to display any PDA during the outing. Brody and Briana opted not to wear protective masks amid the COVID-19 pandemic. Though, certain states are easing up on health and safety guidelines. 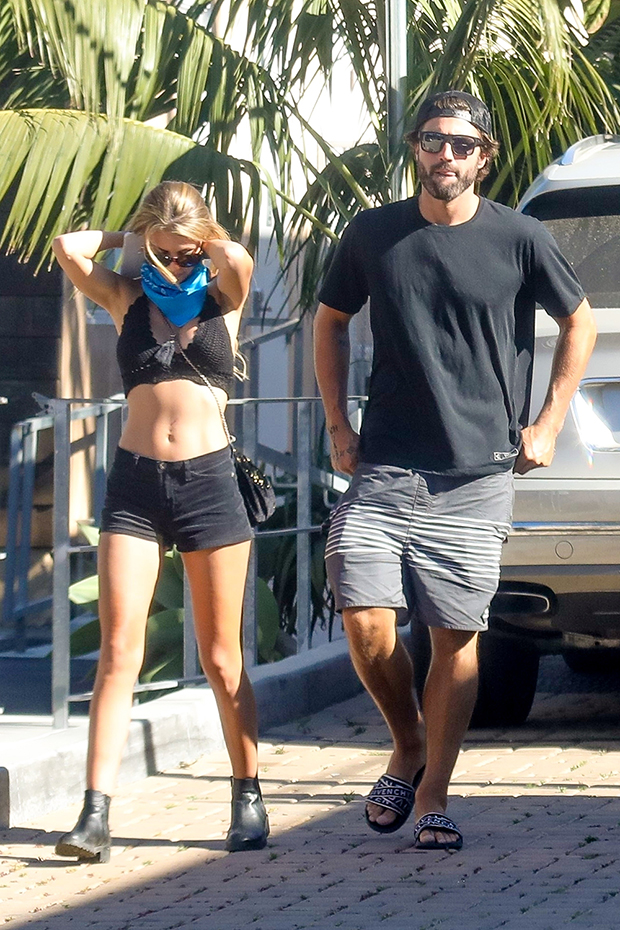 Brody Jenner and Briana Jungwirth out for lunch in Malibu on Tuesday, June 9, 2020. (Photo credit: RMBI / BACKGRID)
Brody stepped out with his speculated new flame just a few weeks after he reunited with ex-wife, Kaitlynn Carter in Malibu — which sparked reconciliation rumors after their messy August 2019 split. Kaitlynn, 31, took to Instagram on May 15 to share with her near 1 million followers that she was with her ex. The blogger posted a photo that showed her sitting on an outdoor bench, and in the reflection of a window behind her was Brody, who could be seen snapping the photo. His ripped reflection caught the attention of her followers, who inquired if they were back together.
In the caption of her photo, Kaitlynn teased the latter and wrote that Brody “reprised his role for the day.” Unfortunately, Kaitlynn didn’t elaborate on his role, which could’ve meant one of two things — her photographer or her husband.
When the reconciliation rumors didn’t slow down, Kaitlynn took to Instagram to clear the air. She agreed with a fan who commented, “They’re allowed to be friends. Just because being together didn’t work doesn’t mean they don’t care about each other.” Kaitlyn responded, “Exactly” and added the hashtag “#normalizefriendlyexes.”
Brody and Kaitlyn announced their split last August, just over a year after they tied the knot in an intimate wedding in Indonesia. Their tumultuous marriage was documented on season 1 of MTV’s spinoff of The Hills, New Beginnings. After the split, Kaitlynn briefly dated Miley Cyrus, and Brody was romantically linked to model Josie Canseco. Both relationships never worked out.
Related Link