Louis Tomlinson and Briana Jungwirth seem to be amicable exes. The model acknowledged the former One Direction singer, both 28, on Father’s Day with a sweet throwback photo from the day they welcomed their son, Freddie Reign Tomlinson — January 21, 2016. “Happy Father’s Day Louis. We’ve created the most special boy and he’s lucky to call you his dad,” Briana captioned the intimate black and photo, which was taken in the delivery room of an LA hospital.

Happy Father’s Day Louis. We’ve created the most special boy and he’s lucky to call you his dad

Back in 2016, Louis confirmed his son’s birth via Twitter. “I’m pleased to say my baby son was born yesterday. He is healthy and pretty amazing,” he wrote at the time, adding, “I’m very happy!!” Freddie, now 4, is the only child the exes share.

Louis and Briana were first spotted together in LA in May of 2015, and briefly dated soon after. The news of Briana’s pregnancy broke that July, and was confirmed just a few weeks later. Louis, who was 23 at the time, was romantically linked to actress Danielle Campbell at the time of Freddie’s birth. The relationship caused rumored tension between Louis and Briana. As for the current status of their co-parenting relationship? — That’s unclear, as they’ve remained private about their family life since the birth of their son. 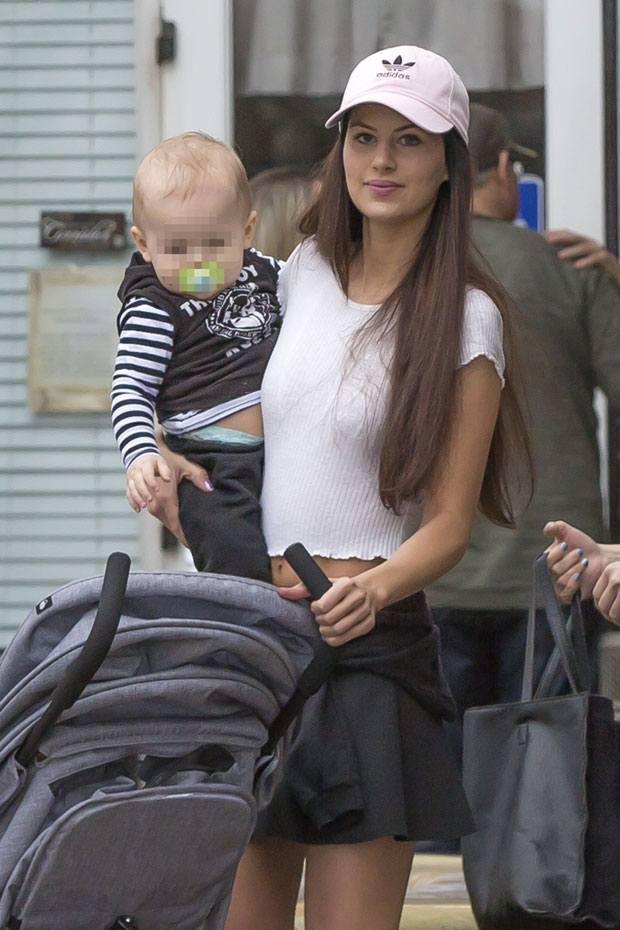 Louis is currently dating Eleanor Calder. And, if her name sounds familiar, it’s because the singer was romantically linked to Eleanor before he got together with Briana. One Direction fans may remembered seeing Eleanor with Louis while he toured the world with One Direction. They broke up a few months before he hooked up with Briana. Louis and Eleanor rekindled their relationship in 2017 and they’ve been together ever since.

Louis, who rarely speaks about his personal life, revealed that things are very serious between him and Eleanor, during an interview in January. He also admitted that he believes he’ll marry her one day. The singer also noted that yes, he wants more kids!