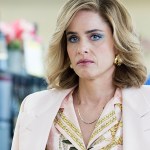 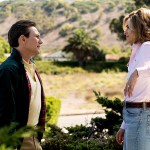 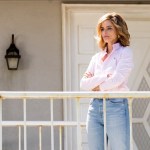 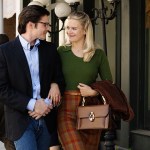 ‘Dirty John’ returns for season 2 on June 2 and focuses on Betty Broderick’s story. The show will chronicle the real-life breakdown of Betty’s marriage, which ended in a shocking double homicide.

Dirty John: The Betty Broderick Story premieres June 2 on USA Network with two back-to-back episodes. This season of the Dirty John anthology series, which airs Tuesdays at 9 p.m., will explore the tumultuous relationship between Betty and Dan Broderick, which Oprah Winfrey dubbed one of “America’s messiest divorces.” The relationship would eventually come to a shocking and tragic end.

Amanda Peet stars as Betty Broderick. She’s joined by Christian Slater, who plays Dan Broderick. The season will span from the 1960s to the 1980s, exploring the highs and lows of this relationship that ultimately led to double homicide.

1. Betty was convicted of killing her ex-husband and his second wife. On November 5, 1989, Betty snuck into Dan’s home and killed him and his 28-year-old wife, Linda, while they were in bed. Linda was killed instantly after she was shot twice in the head and chest. One bullet hit Dan, 44, in the chest, and he died soon after that. Betty’s first trial ended in a mistrial, but she eventually convicted in 1991 of two counts of second-degree murder and sentenced to 32 years to life in prison.

2. Betty has never denied that she killed Dan and Linda. Betty said her actions were a “desperate act of self-defense.” In an interview with the Los Angeles Times, she openly talked about murdering Dan and Linda. “I am not going to turn around and say someone else did it, or I didn’t do it,” she said in 1990. “My lawyers hate it because there is no law that says I can defend myself against his type of onslaught. (But) he was killing me.” She added, “It was sick of him to always want to control me so totally. He held on to those kids, and he refused to settle the money. I was tied to him. Just let me go!”

3. Betty is currently serving her prison sentence in Chino, California. She is incarcerated at the California Institution for Women. Since she began serving her sentence, she has requested parole three times — in 2010, 2011, and 2017. She has been denied each time. She’ll be eligible for parole again in 2032.

4. Betty and Dan’s divorce was extremely messy. Betty and Dan married in 1969. After 16 years of marriage, Dan filed for divorce in 1985. This sparked an intense and nasty battle between Dan and Betty that lasted years. Betty spray-painted the inside of the home they once shared, rammed her car into Dan’s front door, and more. Dan had Betty arrested and committed to a mental hospital. He also obtained a temporary restraining order against her. Their divorce was finalized in 1989.

5. Betty and Dan’s youngest son thinks his mother should be released. “She’s a nice lady. Everyone here would like her… if they spoke with her on any topic other than my dad. Keeping her in prison isn’t really helping her. She’s not a danger to society—the only two people she was a danger to are dead,” Rhett Broderick told Oprah on her talk show.