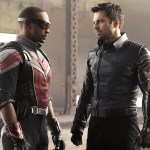 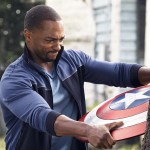 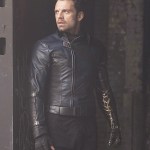 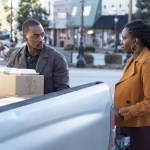 Episode 3 of ‘The Falcon and the Winter Soldier’ ended with a ‘Black Panther’ cameo. Ayo crosses paths with Bucky, and she’s on a mission. Get to know the character before the next episode.

The final moments of The Falcon and the Winter Soldier’s third episode featured a surprising cameo. Ayo showed up in Latvia and met up with Bucky. When they came face-to-face, Bucky tells her, “I was wondering when you were going to show up.” Ayo replies in Xhosa, “I’m here for Zemo.”

Ayo is a prominent character from the Marvel Comics and has had a notable role in the Marvel Cinematic Universe. However, her journey is just getting started. Here are 5 key things to know about Ayo.

1. Ayo is after Baron Zemo.

The reason Ayo wants to get her hands on Zemo is simple: she wants justice. Zemo is the one who killed King T’Chaka in Captain America: Civil War. He then framed Bucky for King T’Chaka’s murder, which set off a devastating set of events. Zemo may have been living out his life in a German prison until Sam and Bucky broke him out, but the people of Wakanda would much rather he pay for his crimes in their world.

Ayo was in Vienna with King T’Chaka was killed during the ratifying of the Sokovia Accords. As she was escorting the new King T’Challa to his car, she crossed paths with Natasha. T’Challa told Ayo to stand down so he could speak to Natasha. Ayo had a much larger role in Black Panther.

3. She is a member of the Dora Milaje.

She is the second-in-command of the Dora Milaje, the female bodyguards who serve as the royal security of the Black Panther and the Golden Tribe. Ayo serves alongside Okoye, who is the head of the Dora Milaje. Ayo is extremely skilled in combat training.

4. She fought in the Battle of Wakanda.

Ayo was ordered to protect Shuri as she tried to separate Vision from the Mind Stone in Avengers: Infinity War. Ayo fought valiantly to keep Shuri out of harm’s way. When Corvus Glaive showed up, he was too powerful for them both.

5. Ayo is played by Florence Kasumba.

Florence was born in Uganda and raised in Germany. In addition to Marvel movies, she notably played Senator Acantha in Wonder Woman and Shenzi in The Lion King. While it hasn’t been confirmed, Florence will likely reprise her role as Ayo in the Black Panther sequel.