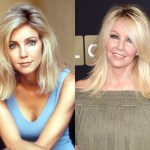 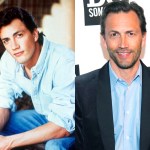 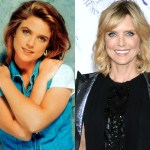 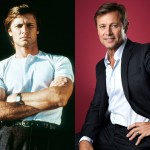 Amy Locane, best known for ‘Melrose Place’, was re-sentenced to eight years in jail for a 2010 fatal drunk driving accident. Amy already served three years behind bars. Here’s what else you should know.

Former Melrose Place actress Amy Locane, 48, who has already served a prison sentence for a deadly 2010 DWI in New Jersey, was sentenced to eight years behind bars on September 17. Her 2020 prison sentence comes after Superior Court Judge Angela Borkowski agreed with prosecutors that her original sentence of three years was too lenient for the crime, according to the Associated Press. The court is counting time served in her sentence, and she will be eligible for parole only after serving six years, per New Jersey state law. Here’s what else you should know about Amy:

1. She played Sandy Harling on Melrose Place. Amy appeared in 13 episodes of the hit 1990s series, which followed a group of hot young adults living in an apartment complex in West Hollywood. She played one of the residents, Sandy Harling, “a Southern belle and struggling actress who moonlights as a waitress at a local bar called Shooters, the group’s main hangout.” Amy left the series after the first season.

3. She retired from acting professionally in 2006. After getting engaged to firefighter Mark Bovenizer in 2006, Amy quit acting and moved to Hopewell, New Jersey. There, she acted in a number of community theater productions and film shorts, but gave up TV and film. She and Mark, who are since divorced, had two daughters: Paige Bovenizer, 13, and Avery Bovenizer, 11.

4. Amy was convicted of vehicular homicide and assault by auto in 2012. While heavily intoxicated, Amy was driving 53mph in a 35mph zone during the 2010 crash. She rapidly closed in on a car driven by Fred Seeman, who was slowly turning into a driveway. Amy collided with the passenger side door of the vehicle, killing 60-year-old Helene Seeman and seriously injuring Fred. Amy’s BAC was .23 after the crash, nearly three times the legal limit, according to the police report.

5. She was originally sentenced to three years in prison for the crime, which she served. Amy has been out of jail for five years. Prosecutors have argued over the past decade that Amy’s sentence was too lenient; the typical sentence for a crime of that nature is generally five to 10 years. Because Amy “refuses to fully acknowledge her culpability in the crash,” the Superior Court judge handed down the new, eight-year sentence. She also ordered Amy to serve three years of parole following her release.