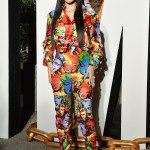 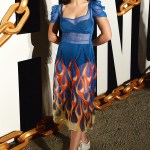 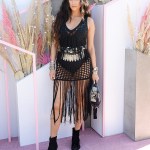 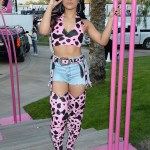 There’s fashion and then there’s Coachella fashion. Tons of stars have experimented with their looks at the music festival and some of the outfits have been pretty wacky.

Coachella style is completely different than the clothes you’d wear in your day-to-day life. This truth about festival fashion is exactly why even the most famous of attendees aren’t afraid of trying something new with their outfits while dancing to Ariana Grande in the desert. Now that the first weekend of the Coachella Valley Music and Arts Festival is over and we’re headed into the second, we thought this was the perfect time to take a look at some of the weirdest outfits that we’ve seen at the event in Indio, CA.

One of the most interesting looks from the 2019 festival was worn by none other than Cardi B. The 26-year-old rapper attended the Moschino party on April 14 in a Versace jumpsuit with an Andy Warhol-style pattern of Marilyn Monroe‘s face all over it.

The bold piece was paired with boots of the exact same colorful design for a cohesive look. One of the prominent hues in the jumpsuit was blood orange, which Cardi perfectly matched her silk headscarf to. But as if the ensemble wasn’t enough on its own, the “Bodak Yellow” hitmaker opted to throw on some giant hoop earrings and a gold chain necklace.

But Cardi isn’t the only star who has experimented with some sillier styles at the annual music festival. Everyone from Bella Thorne to Charli XCX has gotten a bit wild with their fashion choices. Head up to the gallery above to see some of the wackiest outfits ever worn to Coachella!