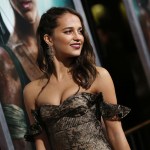 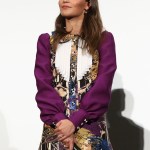 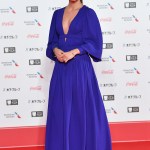 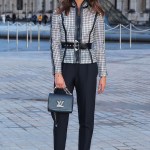 A sequel to 2018’s ‘Tomb Raider’ is in the works, with Alicia Vikander expected to reprise her role as the badass Lara Croft. Here’s everything you need to know about ‘Tomb Raider 2.’

Ever since Tomb Raider came out in theaters in 2018 with Alicia Vikander playing Lara Croft, fans have been hoping that a sequel film comes to fruition. Alicia, 33, played the heroic (and badass) archeologist from the popular video games in the Roar Uthaug-directed film, which grossed $274 million worldwide. It was a reboot of the Tomb Raider movies from the early 2000s that starred Angelina Jolie.

A sequel to Alicia’s franchise is currently in the works, with the Swedish actress expected to reprise her lead role. However, the process is moving along fairly slowly, so it may be a while before Lara Croft is officially back on the big screen. Below, everything you need to know about Tomb Raider 2.

As mentioned before, it’s basically been confirmed that Alicia will play Lara again in Tomb Raider 2. Originally, British filmmaker Ben Wheatley and his wife Amy Jump signed onto the sequel as director and lead writer, respectively, with MGM Studios producing. But in January 2021, Misha Green, show runner of the hit HBO series Lovecraft Country, replaced them to create the sequel. Misha, 37, and Alicia are still the only confirmed people attached to the upcoming film. 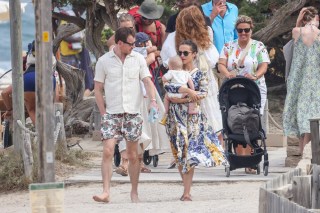 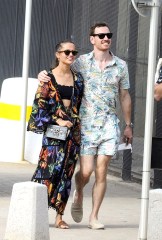 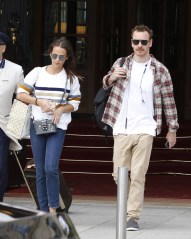 Aside from Alicia, no casting news is out. That means its still unconfirmed if Dominic West (Lord Richard Croft), Walton Goggins (Mathias Vogel), Daniel Wu (Lu Ren), Kristin Scott Thomas (Ana Miller), Derek Jacobi (Mr. Yaffe), Hannah John-Kamen (Sophie), and the rest of 2018 film’s cast will be back for the second movie.

What We Know About The ‘Tomb Raider 2’ Plot

Unfortunately, plot details for Tomb Raider 2 are still under wraps. However, odds are that the sequel will pick up after the first movie. Tomb Raider followed Lara (Alicia) embarking on a journey to rescue her missing father Richard (Dominic). Lara ends up on a mysterious island and faces off against Mathias Vogel (Walton), a rival archeologist of her father’s and a member of the shadowy organization called Trinity. Vogel tries to release a deadly virus out into the world, but Lara and Richard team up and manage to stop him. At the end of the film, Lara returns to London and prepares for her next adventure: investigating Trinity, and specifically Ana Miller (Kristin), an associate at Richard’s company that is a front for the crime organization. In the final scene, Lara purchases two identical pistol at Alan’s (Nick Frost) pawn shop.

So based on how Tomb Raider ended, it’s likely the sequel film will explore Lara’s investigation and battle against the Trinity organization. It sounds like a dangerous mission, and one that would make for a perfectly compelling storyline for Tomb Raider 2!

Creating Tomb Raider 2 has been quite the difficult task. After Ben and Amy signed on to lead the film, along with cinematographer Laurie Rose, filming was expected to kick off in April 2020 in England. Production was also supposed to take place in South Africa, Finland, and China, according to Geek Vibes Nation. But of course, the COVID-19 pandemic put a stop to those plans, and production was delayed until 2021 as MGM removed Tomb Raider 2 from its original March 19, 2021 release date. After Misha replaced Ben and Amy, it was announced that the sequel would be released in the U.S. through Metro-Goldwyn-Mayer’s distribution, and internationally through Warner Bros. In May 2021, Misha confirmed on Twitter that the sequel was under the working title Tomb Raider: Obsidian, and that the first script had been completed.

Still a long journey to production. Title's not even approved. 🤫😜
But first draft finished!!! 🎉🥳🎊 #TombRaider pic.twitter.com/wrKVUubM6I

Three months later, in July 2021, Alicia told Collider that Tomb Raider 2 hadn’t actually been greenlit yet. However, the actress confirmed that she’s all but definitely onboard for the sequel. “Pre-COVID, I would’ve said yes. And now I think it’s a yes still,” she said. “It’s not greenlit, but the script is in the making, and I think everyone is excited and I would love to revisit Lara again.” She added that Misha’s script is “very recent” and said, “It’s really now when the world is up and running again [that the script is being written], and Misha is onboard and she’s working on the script right now. So I’m very excited to sort of read something very soon.”