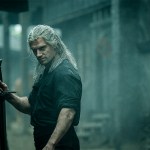 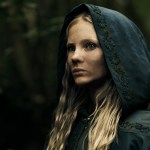 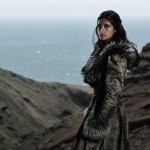 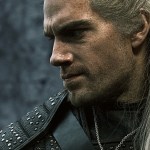 Still singing ‘Toss A Coin To Your Witcher’? Same. ‘The Witcher’ season 2 is underway, and HollywoodLife has rounded up the latest updates about the hit Netflix series.

The wait for The Witcher season 2 is going to be a long one, but it will be worth it. The show will return for its second season and filming is underway now. Henry Cavill is back as Geralt of Rivia, along with additional season 1 cast members like Anya Chalotra as Yennefer and Freya Allan as Ciri.

Season 2 has been in the works since early 2020, but the COVID-19 pandemic has caused some delays with production. Henry was reportedly injured during production but is expected to resume filming once he recovers. The Witcher season 2 will bring brand-new cast members into the mix as well. These are the latest updates about The Witcher season 2.

The first season of The Witcher debuted in Dec. 2019, and the Netflix series was renewed for season 2 before the first season even launched. Filming for season 2 began in early 2020 but was put on hold in March 2020 due to the COVID-19 pandemic. Via the show’s official Twitter account, Netflix announced that production would resume in Aug. 2020.

I’m dusting off my lute and quill,
I have some news, some mead to spill:
After all the months we’ve been apart
It’s time for production to restart.
The Witcher and his bard – who’s flawless,
Will reunite on set 17 August.

The Witcher, which is filming in at Arborfield Studios outside of London, had to stop production again in early Nov. 2020 because of four positive COVID-19 test results, according to our sister site Variety. Production was able to resume a couple of weeks later. Filming is expected to continue into 2021.

Henry, who plays Geralt of Rivia, was injured while filming season 2. He reportedly suffered a “minor leg muscle injury sustained during production,” according to our sister site Deadline. The actor reportedly injured his leg while on an “assault course.” He was “20 feet high in trees and on a safety harness,” according to U.K.’s The Sun. Filming will continue on as Henry recovers.

Netflix hasn’t officially announced the season 2 release date, but the second season is expected to debut in 2021. In early Jan. 2020, The Witcher EP and showrunner Lauren S. Hissrich said in a Reddit AMA that there was not a “target launch date for season 2, past 2021.” Given the COVID-19 pandemic and delays, it would not be surprising if season 2 launched in late 2021 or even 2022.

There will be a number of new characters joining the cast of The Witcher in season 2, including Game of Thrones fan fave Kristofer Hivju as Nivellen, Yasen Atour as Coën Agnes Bjorn, Agnes Born as Vereena, Paul Bullion as Lambert, Aisha Fabienne Ross as Lydia, and Mecia Simson as Francesca.

Thue Ersted Rasmussen was supposed to play Eskel in season 2, but he had to drop out because of COVID-19 rescheduling problems. He called the turn of events “heartbreaking” and said he was “grateful” for the time he got to spend on set.

Your favorite Witcher characters will be getting some upgraded looks in season 2. Henry and Netflix revealed Geralt’s new armor in the first season 2 photos. He still wears the white wolf medallion around his neck.

Ciri is also getting a new look. When Netflix revealed her photo, they wrote: “Looks like somebody has been spending time with a witcher.” She looks ready for battle!

Netflix announced an exciting spinoff of The Witcher in July 2020. The prequel, The Witcher: Blood Origin, will be a 6-part live-action spinoff. Lauren revealed that the series will “dive deeper into the myth and lore of the Continent.”

This has been the toughest secret to keep! I've always wanted to dive deeper into the myth and lore of the Continent, and now fans will have a chance to explore it with @declandebarra in a prequel series, THE WITCHER: BLOOD ORIGIN. Elves, and enemies, and the end, oh my… https://t.co/SGzrf4WbxZ

The prequel does not have an official release date. There’s also another spinoff in the works, and it’s a MOVIE. The Witcher: Nightmare of the Wolf will be an animated feature film that focuses on the early years of Geralt’s mentor Vesemir.