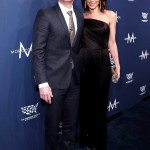 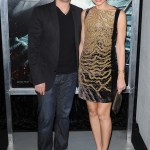 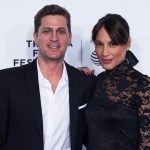 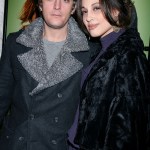 There’s only one woman who’s been able to get Rob Thomas to give her his heart and make it real – and that’s Marisol Maldonado. Here’s what you need to know about the wife of the Matchbox 20 frontman and ‘Smooth’ singer.

“We’re friends. Above everything else, she’s my best friend,” Rob Thomas told Us Weekly when discussing his wife, Marisol Maldonado. Despite thinking he would live the “single rock guy” lifestyle, the Matchbox 20 singer has been happily married for over two decades. Together, Rob and Marisol have raised his son, Maison, and have carved out a happy life together. “She’s the one that I like to spend the most time with,” he said. “If something’s happening and she doesn’t know about it, it doesn’t feel like it’s happening.”

The “Push” singer’s relationship has been one of the longest-lasting and most stable marriages in alternative rock history. Yet, this love story wouldn’t have begun had Rob not decided to hit up a post-show soiree. For those curious about the woman who has guided Rob – both personally and professionally – since the late 1990s, here’s what you need to know about Rob Thomas’s wife.

Marisol Maldonado is a New York City model of Puerto Rican and Spanish descent, according to a 2000 profile in People magazine. The two met at an afterparty and conducted a months-long courtship by phone before he took her on their first date – a music festival in Boston. It was love at first sight.

Celebrity Couples Working Out Together: Photos Of Justin, Hailey & More 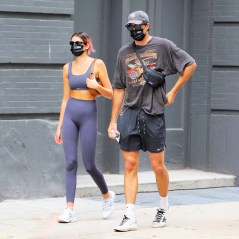 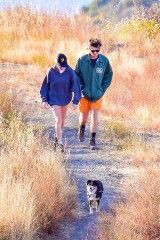 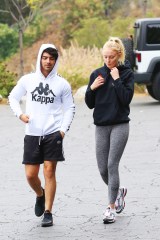 Soon after that first date, Rob proposed. The couple tied the knot on Oct. 2, 1999. “I wasn’t looking for a girlfriend, and I definitely wasn’t looking for a wife,” Rob told People in 2000. “I was looking to be the single rock guy. [But] I knew the second I kissed her that I would never, ever kiss another person.”

“Right before my son [Maison] was born, I was in Montreal, and I met the woman who 20 years later is still my wife,” Rob told Forbes in 2019. “I met Marisol then. She was one of the biggest turns in my life to really start to figure out who I was as an adult. And she met me when we were still on the road. I was more famous than she thought that I was, but less famous than I thought I was. I was just a guy with a song on the radio, but I thought that was a big f-cking deal.”

“Rob and I met for literally 10 minutes,” she told People in 2000. “When I left, I looked at my girlfriend and said, ‘That’s the man I’m going to marry.'” She still laughed off Rob’s fame. “Girls are like, ‘My God! Do you realize that’s Rob Thomas?!’ I think it’s really funny. He’s a boy who’s very sloppy and has to be shown where the hamper is.”

3. She Has Battled Many Health Issues In Her Life.

In 2015, Marisol underwent brain surgery to remove a lesion. Afterward, she was diagnosed “with several tick-borne diseases,” according to Us Weekly, including Neurologic Lyme Disease, Babesiosis, and Bartonella. These infections are thought to have triggered “Hashimoto’s disease and Lupus-like symptoms, as well as Atypical Trigeminal Neuralgia.” Rob told Us that these health issues are a “lifelong thing that she’s kind of [dealing with.] We’re in the mode of trying to control things more than try and cure them.”

“We’ve learned a lot of perspective on those things,” he told Us. “When you don’t have as many good days, when you have them, you really appreciate them, and you really know what to do with them. And maybe what would have been a bad day doesn’t seem so bad sometimes. We kind of realized that there’s certain things that we have, and that we’re really lucky.”

4. Marisol Has Been A Huge Influence On Rob’s Life – And His Career.

“She kind of came in right at that time and shared all these experiences with me,” Rob told Forbes. “And then informed a lot of the decisions I’ve made since then, between our foundation with [animal rescue foundation] Sidewalk Angels; some of the best songs I think I’ve ever written all came out of our relationship, and she runs my career with me and my manager. She’s the first person to hear everything I write. She’s always picked the singles.”

5. She Almost Called It Quits With Rob — Until He Won Her Back.

Things haven’t always been easy for Rob and Marisol. Keep in mind that he shortly became a father after falling for her at that Montreal afterparty. Plus, he was about to experience the peak of his mainstream success. “When I first met her, it was just a lot, me being on the road, me having a son, her going to college and not knowing if she wanted to date a guy that lived this kind of life,” Rob told Forbes. “So I went and wrote ‘If You’re Gone,’ which was kind of a song to get her back. And I’m not sure if the song worked, but I don’t think it hurt.”