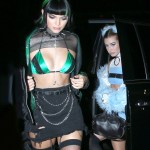 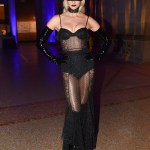 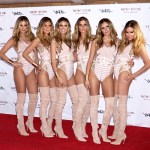 Devils, Powerpuff Girls, and Jessica Rabbit, oh my! See all of the sexiest Halloween costumes that models like Kendall Jenner, Gigi Hadid, and more have rocked over the years!

If it’s Halloween, there’s likely a supermodel somewhere dressed up in a sexy costume. But as everyone knows, there isn’t just one way to look hot for the spooky holiday. Halloween is all about getting creative! As such, we’re taking a look back at some of the very best costumes worn by models over the years!

You can pick any year at random and find photos of excellent Halloween costumes, to be honest. Kendall Jenner, 24, teamed up with Hailey Baldwin, 23, in 2017 to be the Buttercup to Hailey’s Bubbles from the beloved cartoon The Powerpuff Girls. Kendall looked great in a green and black bikini top, which she paired with a ripped dark denim skirt, leather boots, and a green and black leather jacket. Kendall even rocked a black wig with green streaks!

The Keeping Up With The Kardashians star’s edgy take on Buttercup fit the character well, as did Hailey’s slightly softer version of Bubbles. Hailey still looked sexy in a baby blue crop top and a blue and black mini skirt, but she added accessories like feather scrunchies and knee-high socks to give off a cute vibe. The ladies gave a totally sexy spin on the iconic characters from their childhood.

Hailey and Kendall’s pal, Gigi Hadid, chose to go for a classic Halloween look just two years prior. The newly-minted mom, 25, dressed up as Sandy from Grease for Heidi Klum‘s Halloween bash in 2015! Gigi totally owned the look, working a pair of high-waisted, skintight pants, a black, off-the-shoulder crop top and a black leather jacket. Gigi even did-up her hair and makeup just like Olivia Newton-John‘s memorable character in the 1978 film.

Gigi’s ‘do was completely curly, and the model worked a sexy smokey-eye look. She also added a pop of color with red lipstick, which complimented her red peep-toe heels! Honestly, Gigi was practically identical to Olivia’s Sandy from decades ago! Of course, there are so many more sexy costumes worn by gorgeous models to see. Want to check them out? Then click the gallery above and scroll through the images to see more!