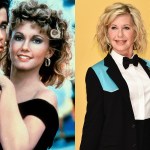 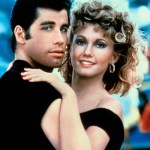 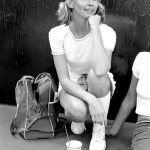 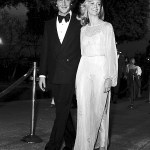 As Olivia Newton-John celebrates her 72nd birthday on Sept. 26, we’re taking a look back at her career and evolution from a young ‘Grease’ star to today.

Happy Birthday Olivia Newton–John! The Australian actress, who is celebrating her 72nd birthday, has been in the spotlight since the release of Grease in 1978. Her star has continued to rise over the years, as she pursued a career on screen, and in the recording studio. She’s now one of the most recognizable movie musical stars of all time, but her career actually began at the age of 14 when she created an all-girl group, called Sol Four, with three of her classmates.

Flash forward to 1971, she released her first solo album and the title track, “If Not For You” was written by Bob Dylan, and recorded before her by George Harrison. Her music career took off, and she was cast as Sandy in Grease, a role that changed her life forever. Olivia was nervous that she was too old to play a high school senior — she was 29 at the time of filming — but after a screen test with John Travolta it was clear she was perfect for the film. The producers even rewrote the character from the musical’s original American Sandy to an Australian Sandy so they could incorporate Olivia’s native Aussie accent.

Olivia quickly became a household name, earning a Golden Globe nomination for her star-making turn in the flick, and performing “Hopelessly Devoted to You” at the Academy Award. She went on to reunite with John Travolta on a Christmas album in 2012, and had a sold-out Las Vegas residency, Olivia Newton-John: Summer Nights at the Flamingo Las Vegas from 2014 to 2016.

Nevertheless, it hasn’t all been uphill for Olivia. She has battled cancer multiple times throughout her life, and revealed in September 2018 that she was fighting cancer for a third time, this time dealing with a tumor at the base of her spine. “I believe I will win over it,” Olivia said in a Facebook video. “That’s my goal.” Not only is she a talented triple threat, but she has an incredible, positive attitude that has inspired fans for decades!