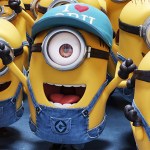 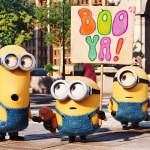 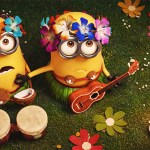 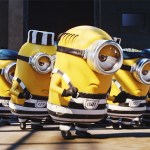 The ‘Despicable Me’ franchise continues with ‘Minions: The Rise of Gru’, which will tell the origin story of Steve Carell’s character. Here’s what to know about the upcoming film.

Felonious Gru, voiced by Steve Carell, is a staple in the Despicable Me film franchise. The grouchy supervillain-turned-doting father is the main protagonist in the films, which follow he and his yellow-colored Minions. Gru also appears at the age of 8 in the 2015 spin-off prequel Minions. Fans have been clamoring to get Gru’s origin story, and lucky for them, that’s exactly what’s in store for Minions: The Rise of Gru. The follow-up to Minions comes out in theaters in 2022 and will explore 12-year-old Gru’s mission to join the supervillain group Vicious 6.

Below, everything you need to know about Minions: The Rise of Gru — including the release date, returning (and new) cast members, and more.

What is ‘Minions: The Rise of Gru’ about?

As its name suggest, Minions: The Rise of Gru is all about Gru. It takes place after Minions, when Gru was an 8-year-old, but before the first Despicable Me film, when Gru is a super-villain and in charge of the Minions. The Minions: The Rise of Gru‘s official synopsis from Universal Pictures reads, “In the heart of the 1970s, amidst a flurry of feathered hair and flared jeans, Gru (Steve Carell) is growing up in the suburbs. A fanboy of a supervillain supergroup known as the Vicious 6, Gru hatches a plan to become evil enough to join them. Luckily, he gets some mayhem-making back-up from his loyal followers, the Minions. Together, Kevin, Stuart, Bob, and Otto deploy their skills as they and Gru build their first lair, experiment with their first weapons, and pull off their first missions. When the Vicious 6 oust their leader, legendary fighter Wild Knuckles (Alan Arkin), Gru interviews to become their newest member. It doesn’t go well (to say the least), and only gets worse after Gru outsmarts them and suddenly finds himself the mortal enemy of the apex of evil. On the run, Gru will turn to an unlikely source for guidance, Wild Knuckles, and discover that even bad guys need a little help from their friends.”

The trailer for Minions: The Rise of Gru came out in February 2020. As can be seen above, the 3-minute-long trailer teases Gru’s hilarious interview to join the Vicious 6. “I am pretty despicable — you don’t want to cross me,” Gru says, which garners laughs from the villains. Gru then steals a stone from the Vicious 6, which sets in motion an epic adventure for he and his Minions pals.

Steve Carell -- Photos Of The Actor 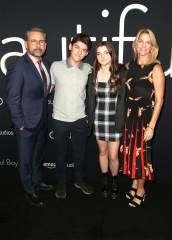 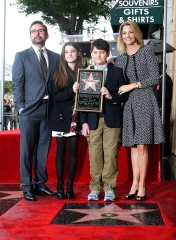 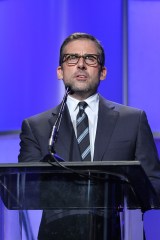 Minions: The Rise of Gru will welcome back Steve Carell as the titular character. Pierre Coffin will also be back as the voice of The Minions, including Stuart, Bob, and Otto. The film features a thrilling lineup of new cast members, including Taraji P. Henson as Belle Bottom, leader of The Vicious 6. Jean-Claude Van Damme voices Jean Clawed, the giant lobster member of The Vicious 6, while Lucy Lawless is Nanchuck, the group’s nun member. Rounding out The Vicious 6 is Svengeance, voiced by Dolph Lundgren; and Stronghold, voiced by Danny Trejo. Alan Arkin voices Wild Knuckles, the former leader of the Vicious 6. Additional new cast members include Michelle Yeoh as acupuncturist Master Chow, Russell Brand as aspiring mad scientist Dr. Nefario, and Julie Andrews as Gru’s mother, Marlena. Rapper RZA will also be in the film, though details on his character have been kept under wraps.

Kyle Balda will direct Minions: The Rise of Gru. The film is being produced by Illumination and distributed by Universal Pictures. Brian Lynch and Matthew Fogel are the writers.

When and Where Can I Watch It?

Minions: The Rise of Gru will be released theatrically in the United States on July 1, 2022. It will also be available to stream on Peacock for the first four months after its theatrical release. Then, the film will move to Amazon Prime Video for 10 months, before returning to Peacock for four more months. The film was initially set to be out on July 3, 2020, but due to the COVID-19 pandemic, it got pushed back two full years.

Will there be a ‘Despicable Me 4’?

While fans are quite excited for the next Minions movie, they’d also like to see the next entry in the main Despicable Me franchise. Despicable Me 3 came out back in 2017, so a fourth film is fairly overdue. Luckily, Illumination CEO Chris Melandandri confirmed that year that Despicable Me 4 was in development. No updates have been given since, but it’s likely that the COVID-19 pandemic has delayed work on the film. Until the next Despicable Me comes out, we thankfully have Minions: The Rise of Gru to hold us over!