Everything to know about Michael Jordan’s five children Jasmine, Jeffrey, Marcus, and twins Victoria and Ysabel.

Michael Jordan is by all accounts an NBA legend, having been inducted into the Hall of Fame and leading his former team, the Chicago Bulls, to six championship wins during the 1990s. But to his five children Jasmine, 28, Jeffrey, 32, Marcus, 30, and twins Victoria and Ysabel, both 7, the former athlete and businessman, 58, is simply good ol’ “homebody” and “private” dad.

The NBA goliath shares his youngest twins with current wife Yvette Prieto, whom he wed in 2013, and his three adult children with his ex-wife Juanita Vanoy. Michael has always been low key about his private life, separating his prolific career from his personal life — so much so that his children initially had no idea that he was a pretty big deal.

Jasmine told InStyle in 2018 that she did not initially understand the scope of her father’s career. “He was ‘dad,’ and that was it,” she said. “It wasn’t until my pre-teens at about 12 or 13 years old that I literally went on YouTube and looked up ‘Michael Jordan’ just to see why everyone was so obsessed. I remember being younger and my classmates telling me, ‘You’re so lucky to have Michael Jordan as a dad.'”

“They always questioned what it was like, and all I could say is ‘he’s just my dad and it’s fun,'” she continued. “It didn’t hit me that he was the phenomenon that he is. I would ask him questions all the time like, ‘Why do you think you’re the greatest?’ and he would just laugh.” Below is everything you should know about the greatest’s five children, most of which have sports-related careers. 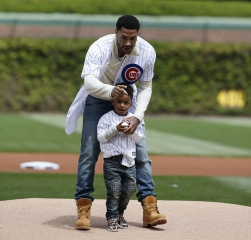 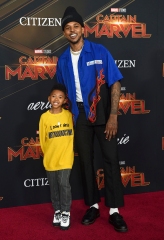 At 28, Jasmine is one of Michael and his first wife Juanita’s three children. While she does not have a career in basketball, she does reside in the world of sports and, of course, sneakers. Jasmine studied sports management at Syracuse University and currently works as a field representative for Nike Jordan, according to her InStyle profile. She also works with the Charlotte Hornets, the NBA team that her father owns. Jasmine is engaged to Syracuse alum and former basketball player Rakeem Christmas; the two welcomed son Rakeem Michael Christmas in 2019.

At 32, Jeffrey is Michael and first wife Juanita’s firstborn and eldest son. A former basketball player who played for the University of Illinois and Central Florida, he parlayed into business and currently leads brand digital innovation for the family Jordan Brand. He told Forbes of his role in April 2020: “I conceptualize and test new technologies, trends, platforms (such as Esports, Podcasts/Audio content, etc.) to enhance the marketing power and the cohesiveness of our marketing campaigns,” adding, “My job basically is to answer the question, ‘How can we utilize cool, new, exciting digital trends to tell our brand stories?'” He recently married partner Radina Aneva in 2019.

At 30, Marcus is the middle child of Michael and his first wife Juanita. He previously played basketball for the University of Central Florida, where he studied hospitality management. After he graduated from college, Marcus followed in his brother Jeffrey’s footsteps and parlayed into business. Marcus is the founder and CEO of The Trophy Room, a retailer described as an “elevated retail boutique inspired by the trophy room within the Jordan family residence.” It features footwear and apparel from Jordan and Nike. Last month, Marcus shared news that the boutique would open its own shop in Orlando, Florida in an Instagram post, writing, “We back soon.”

Twins Victoria and Ysabel, both 7, are Michael and his current model wife Yvette’s first children together. The two, who wed in April 2013 in Florida, welcomed the identical twins in February 2014. The former NBA player’s rep confirmed the news at the time in a statement that read, “Yvette and the babies are doing well and the family is overjoyed at their arrival.” Given Michael’s private, low key nature about his family, not too much is known about the twins. Michael (understandably) does not share photos of the girls on his Instagram or Twitter, nor does his wife appear to have an online presence. His eldest children with his ex-wife have also (understandably) not shared photos of their little step-siblings. Until then, fans will just have to wait for Michael to publicly share details about his twins on his own terms.