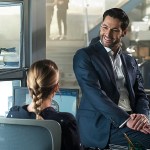 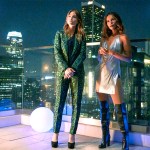 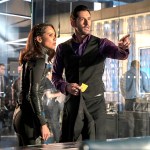 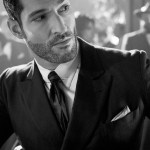 All devilishly good things must come to an end. ‘Lucifer’ is saying goodbye after 6 seasons. From the cast to what we know about the final season, here are all the latest updates about ‘Lucifer’ season 6.

It’s time to toast to Lucifer one last time. The show is coming to an end after 6 wicked seasons. The sixth and final season will premiere in September 2021, giving 10 last episodes featuring the one and only Lucifer Morningstar.

Season 6 is just around the corner, and there’s so much we know about the final season. From the final season’s episode titles to new cast members, HollywoodLife has all the latest news and updates about Lucifer season 6. Buckle up, it’s going to be one unforgettable ride.

Lucifer first premiered on FOX in 2016. FOX canceled the show after 3 seasons, but Netflix saved the show following fan backlash. The show follows the twists and turns of Lucifer Morningstar, the original fallen angel, who leaves his post as the King of Hell and heads to Los Angeles. He crosses paths with LAPD detective Chloe Decker and begins to solve crimes alongside her. Slowly but surely, he evolves into quite the devilish hero.

'Lucifer' Cast Then & Now: Photos From First Season To Last 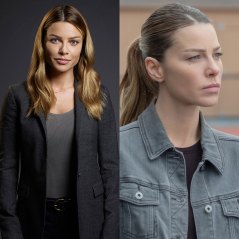 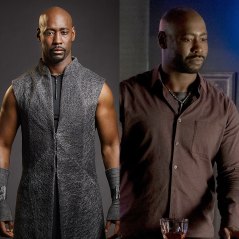 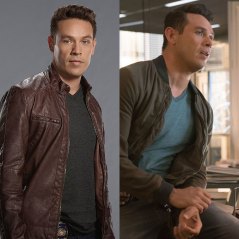 The fifth season was one of the most jam-packed seasons yet. God returns to Earth to try and reconcile with his children, Lucifer and Amenadiel. In a shocking move, God ends up announcing his retirement, which means someone has to take his place.

Lucifer and his evil twin, Michael, go head-to-head in season 5. Chaos surrounds them, and Michael ends up killing Lucifer’s love, Chloe. Lucifer goes to Heaven to rescue Chloe and also finally tells her that he loves her. Lucifer makes the ultimate sacrifice for her. He gives her Lilith’s immortality ring, which resurrects Chloe. Initially, he thinks this means he’ll burn to death and die. But that’s not what happens. In a major twist at the end of season 5, he returns to Earth as the new God.

Lucifer’s sixth and final season premieres on September 10, 2021. The final season will consist of 10 episodes, which is 6 fewer episodes than season 5. When Netflix announced the final release date in July 2021 during a Comic-Con@Home panel, the streaming service included this synopsis for season 6:

“This is it, the final season of Lucifer. For real this time. The devil himself has become God… almost. Why is he hesitating? And as the world starts to unravel without a God, what will he do in response? Join us as we say a bittersweet goodbye to Lucifer, Chloe, Amenadiel, Maze, Linda, Ella, and Dan. Bring tissues.”

Netflix also dropped a brief teaser in July 2021 when the premiere date was announced. The teaser featured mostly scenes from previous seasons, but there was a glimpse of the final season at the very end. Lucifer is pulled over by a cop, and he says it’s his “last night in LA.” A full Lucifer season 6 trailer has not dropped just yet.

Lucifer season 6 began production on October 6, 2020, co-showrunner Joe Henderson announced via Twitter. The final season was filmed right after season 5 finished production. “Today is our first day of shooting #Lucifer season 6! So happy we’ve finished up season 5, and we will be working our buns off to get it finished and to Netflix! Thanks to our incredible cast and crew for working hard and safe and delivering a kickass finale!!”

Today is our first day of shooting #Lucifer season 6! So happy we've finished up season 5, and we will be working our buns off to get it finished and to Netflix! Thanks to our incredible cast and crew for working hard and safe and delivering a kickass finale!!

Season 6 was filmed amid the COVID-19 pandemic, which brought its own set of challenges. Co-showrunner Ildy Modrovich told Variety that the pandemic didn’t “really factor in gigantically,” but they “did have to wrangle some things, because we couldn’t really hire anybody who was outside of LA at the time.”

Joe added that there was “one episode with a guest star who happened to be in Europe when we were doing it. So we had to find a very clever way to get them to appear in the episode, because we had an episode we were allowed to tell with a character who had pre-existed, and they were not available to come back. So we found a way to get them back in a very unexpected manner.”

The titles of the final 10 episodes were announced by the Lucifer writers’ room on their official Twitter page. The 10 episode titles are:  “Nothing Ever Changes Around Here,” “Buckets of Baggage,” “Yabba Dabba Do Me,” “Pin The Tail on the Baddie,” “The Murder of Lucifer Morningstar,” “A Lot Dirtier Than That,” “My Best Fiend,” “Save The Devil, Save The World,” “Goodbye, Lucifer,” and “Partners ‘Til The End.”

Dan was shockingly killed off in the second half of season 5. The character was murdered by French hitman Rob Benedict, who was working for Lucifer’s (truly) evil brother Michael. Kevin confirmed to TVLine that Dan would be back in an unexpected way.

“They found a gentle way to bring me back — not the way people are going to expect him to come back, and maybe not as a huge part of the show, but I got to be there for the end in some capacity. And that felt wonderful, to be able to finish out a full journey,” Kevin said.

New cast members for the sixth and final season include Merrin Dungey and Brianna Hildebrand. Merrin will play Sonya, “a no-nonsense uniform cop who forms an unlikely bond with Amenadiel,” according to EW. Brianna will play Rory, a “rebellious, angsty, and ready-to-start-some-trouble angel” who is hoping to follow in Lucifer’s footsteps. She will soon “realize Lucifer isn’t exactly the devilish big bro she hoped he’d be.”

Scott Porter will be returning for season 6 as Det. Carol Corbett. The Ginny & Georgia alum made the announcement via Twitter in September 2020.

The devil himself, Tom Ellis, revealed to The Wrap that “where we finish our show in season 6 is where we were going to finish in season 5 — but we obviously got another story to tell in between as a breaking off point.” He said where the show would have originally ended “there’s now 10 episodes of another story that then ties in and comes back to where we were going to finish it. That’s what I can tell you.”

The showrunners have confirmed that there will be a time jump between the end of season 5 and the final season. Co-showrunner Ildy Modrovich teased to ET that “we’re going to see a lot more of Lucifer and Chloe together” in the wake of that epic declaration of love. He stayed mum on a possible engagement after Lucifer puts Lilith’s ring on Chloe’s ring finger. “You have to just tune in and see. I can’t answer that one.”

Michael will be back in season 6, but he won’t be such a primary focus. “His journey is mostly complete. It’s more going to be about how our other characters move on. We will definitely have a sense of where he is and where his growth is going to be going,” Ildy told ET.

The sixth episode of season 6 will address the Black Lives Matter movement. “That’s a large part of season 6. We were on Zoom just a few weeks after George Floyd had been killed, and it was in our minds,” Ildy told TV Guide. “We’re a show about cops. We’re solving crimes, and we felt none of us should ignore that… We do it from an emotional standpoint through a character’s eyes, and through our emotions and care, that’s the [storyline] we found.”

As for how the showrunners would describe the final season, get ready for an emotional roller coaster. Joe and Ildy said the final season is “emotional” and “bittersweet.” Ildy added, “Gets you in the heart in the best way. Like, I get chills just thinking about it. I feel, yeah. We’re pretty pleased.”

Lucifer writer Mike Costa teased the overarching theme of the sixth and final season. “By the end of season 5 a lot of our characters achieve what they want, so the best way to tease season 6 is to present the question that we attempted to answer when we started working on it: ‘What happens after Happily Ever After?'” Mike told LCL Reviews. “Stories tend to end after a character achieves the thing they most want, but real life continues after you get your heart’s desire. So we start out Season 6 with our characters facing that reality: we got what we wanted… now what? And exploring that question makes for what’s probably the most intensely character-focused season of Lucifer we’ve ever done. Which, honestly, is only appropriate for the final one.”