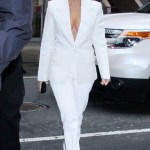 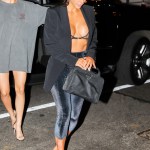 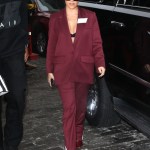 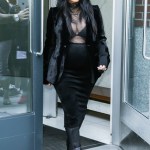 Kourtney and Kim Kardashian love showing their ample cleavage, and one of their favorite ways to do it is wearing just a bra with a blazer over it. We’ve got their hot looks.

What was once a plot line joke on Seinfeld — a woman wearing just a bra underneath a blazer — has become an actual fashion trend thanks to Kim and Kourtney Kardashian. The sisters love showing off their cleavage any chance they get and the best way to show it is in a power suit while still giving their girls some chest support. Kourtney, 39, proved she’s a pro at it during an outing at New York Fashion Week on Feb. 7 where she wore a gorgeous white tailored pantsuit with a nude bralette underneath to make sure her cleavage was perky and uplifted.

Kim, 38, has been a longtime fan of leaving a blouse at home and throwing on a blazer over a sexy lace bra. In July of 2017 she headed out to dinner in New York wearing a see through Gucci bra with cropped blue velvet leggings and an oversized black blazer. She was either very careful or was wearing double-sided tape because she was millimeters away from a total nip slip. Many times she even ditches the blazer and simply wears a bra as a top.

The KKW cosmetics founder actually prefers going without a bra when it comes to wearing blazers, as she’s proven on numerous occasion. Undergarments tend to take a back seat when Kim is feeling her sexiest, though she’s also worn see through bras plenty of times with jean jackets as well as blazers. Who can forget one of her ultimate exhibitionist moment when on Sept. 6, 2016 heading back to her NYC apartment and trailed by a gaggle of paparazzi, she flung open her jean jacket to show off her nipple via a completely sheer ice blue bra. 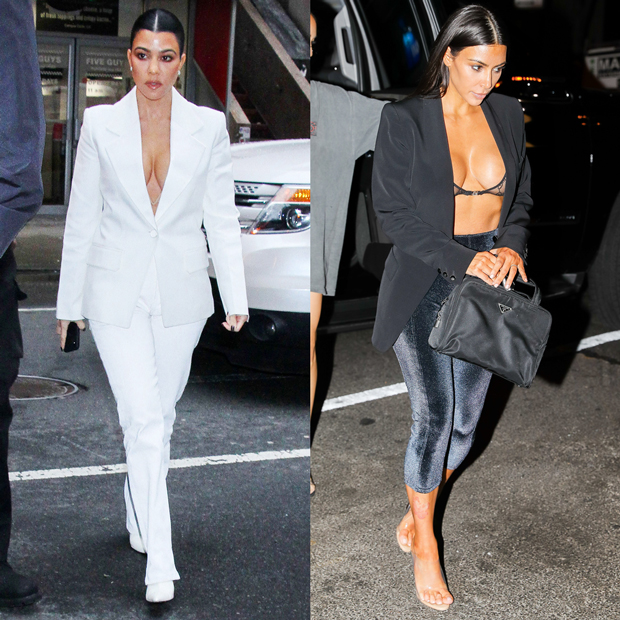 Kourt on the other hand is a little more modest about freeing the nipple. She’s worn bralettes underneath blazers to red carpets, and prefers the color white to really let it pop against her tanned skin. The mom of three even dons the look for professional events, as she wore a shiny white double breasted pantsuit with a white satin bralette underneath for the NBC upfronts in 2016 while promoting Keeping Up With The Kardashians. Kourt really makes the look work for any occasion.