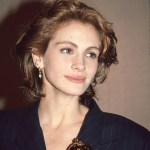 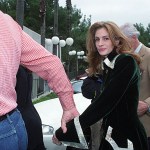 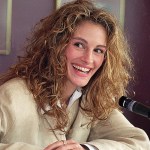 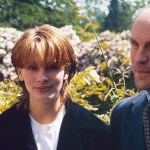 Happy Birthday Julia Roberts! Thirty years ago, the young starlet became an instant style icon when she transformed into Vivian for Pretty Woman. The 1990 classic romance saw Julia playing a prostitute who turns into a Beverly Hills high society woman with the help of her very rich, very handsome leading man, Richard Gere. And with that came tons and tons of costumes, running the gamut from thigh-high boots and pleather mini skirts, to demure polka dot dresses and opera gloves. And in her own life, the actress has had plenty of style and beauty revolutions herself. Take a look back through three decades of Julia’s most gorgeous outfits, hairstyles, and beauty choices, as the Hollywood icon celebrates turning 53-years-old on Oct. 28, 2020.

Julia still doesn’t look a day older than she did in Pretty Woman. While accepting her Golden Globe Award in 1991 for Best Actress in a Musical or Comedy (for Pretty Woman), Julia tried to go for the polar opposite of what her character would have worn. She styled her hair into a chic bob with delicate curls, and rocked an oversized, pinstripe blazer. Just the epitome of class!

From there, she expanded her style repertoire. She grew her hair back out and embraced those huge, natural curls. While promoting her film Pelican Brief, in 1993, she looked radiant and happy with those bouncy locks. She brought them back several times over the years, experimenting with stick-straight hair in the interim.

Her red carpet looks have always been impeccable, too. While attending the 1999 Emmy Awards with then-boyfriend Benjamin Bratt, Julia opted for a curly updo and a simple black dress with spaghetti straps. Nearly 10 years later, she stunned on the amfAR Inspiration Gala red carpet in a black mini dress that flaunted her perfect legs. She contains multitudes, people.

In 2020, she actively encouraged fans to get out and vote in the Nov. 3 presidential election, and did so wearing a Christian Siriano black power suit with “VOTE” in big, bold lettering. Stylish and civic minded! To see more photos of Julia’s best looks throughout the past thirty years, like her extremely ’90s bangs, silky evening gowns, and more, scroll though the gallery above! At age 53, Julia remains one of Hollywood’s most timeless beauties, and beloved stars.