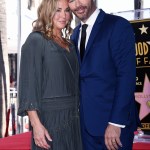 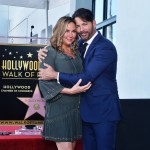 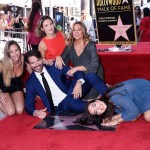 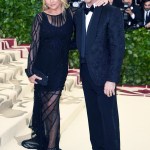 Harry Connick Jr. has made millions of fans swoon over his classic love songs, but there’s only one woman he needs to impress. Learn all about Harry’s wife of almost three decades, Jill Goodacre!

Harry Connick Jr. has beat the Hollywood odds by maintaining his marriage to Jill Goodacre for almost three decades! The musician revealed the secret to his successful romance by admitting he made a lifelong commitment to his “best friend”. “I married my best friend and I married a woman who I look up to infinitely,” he told Us Weekly. “We have the same values so it’s easy for us to try and impart those on our children.” The pair, who married in 1994 after dating for four years, are nearly inseparable. Learn all about the woman who stole Harry’s heart below!

1. Jill Was A Victoria’s Secret Model

Born in Texas and raised in Colorado, Jill started off her career as a model for the lingerie company Victoria’s Secret in the 1980s and early 90s. Along with model Stephanie Seymour, Jill helped bring recognition to the new upstart, which went from a small brand to a global trendsetter in women’s wear. She would go on to model in several of Harry’s music videos as well.

2. Jill Almost Caused Harry To ‘Drown’ When They First Met

Harry revealed he first met his future wife when they were both staying at the same resort in the early 90s. During an interview on Live With Regis And Kelly, the musician said he was swimming in the lodge’s pool when Jill happened to walk past him. Harry was so awestruck by her beauty, he joked that he “almost drowned.” Quickly regaining his wits, Harry said he jumped out of the pool and asked her out on a lunch date. And the rest is history! 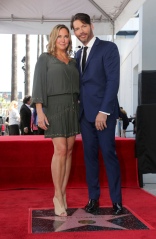 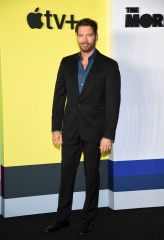 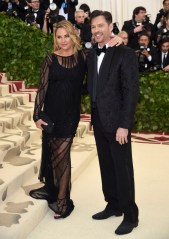 3. Jill Got Stuck In A Bank With Chandler On ‘Friends’

Friends superfans will remember Jill in an early episode of the famous sitcom. Playing herself, Jill got trapped in an ATM vestibule with Chandler Bing (Matthew Perry) during an electrical blackout in NYC. Chandler was obviously thrilled to be stuck alongside a Victoria’s Secret model. He was so excited that he choked on a piece of gum and was rescued by Jill and her Heimlich maneuver.

4. Jill Is A Mother To 3 Daughters

Jill and Harry welcomed the first of their three daughters in 1996 when Georgia Tatum was born. A year later, Georgia got the gift of a little sister when Sarah Kate arrived. In 2002, the family, who now reside in Connecticut and Louisiana, was complete with the arrival of baby Charlotte.

5. Jill Is A Breast Cancer Survivor

Back in 2017, Jill revealed that she was diagnosed with breast cancer in 2012 after undergoing a routine mammogram and sonogram. Now in remission, Jill explained that she waited to reveal her battle until she was passed the 5-year mark cancer-free. “It wasn’t like we were superstitious, like if we said something about being in the clear we’d somehow jinx it,” Goodacre told People at the time. “But we wanted to be well on the other side of things before we told everybody. The doctors all say that after the five-year mark, things look optimistic, so we’re starting to feel pretty good.”