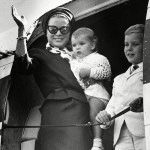 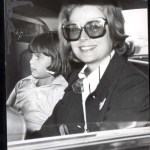 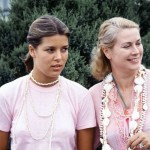 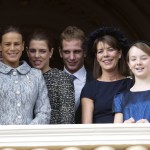 Late Hollywood star and royal Grace Kelly’s legacy lives on through her 11 grandchildren. Learn about them here.

Grace Kelly was an American actress who achieved leading lady status in Hollywood during the 1950s, starring in films Rear Window, To Catch a Thief, and High Society, among others. Like a plot straight out of an old Hollywood film, the late Academy Award winner became royalty when she married Rainier III, Prince of Monaco in 1956, becoming Princess Grace of Monaco. The Hollywood star was married to the prince until her untimely death in 1982: she died at the age of 52 after her car plunged off a mountain road in Monaco.

Her husband died in 2005 at the age of 81 from heart, lung, and kidney failure. Grace and her husband are survived by their three children: Princess Caroline Of Hanover, 64, Albert II, Prince of Monaco, 63, and Princess Stéphanie of Monaco, 56. Through her three children, the late star and princess has eleven grandchildren that continue to carry on her legacy. Learn about Grace’s grandkids below.

Charlotte Casiraghi, born to Caroline, Princess of Hanover and Stefano Casiraghi on August 3, 1986, is a writer, editor, model, equestrian, and humanitarian. She has worked at AnOther Magazine, Above magazine, and Ever Manifesto, a magazine that focuses on fashion and sustainability. Within modeling, she has modeled for Gucci and Yves Saint Laurent. She’s also patron of Monaco’s Public Safety Division and Maritime and Airport Police of Monaco. She has two children and has been married to French film producer Dimitri Rassam since 2019. She is eleventh in line to the throne of Monaco. 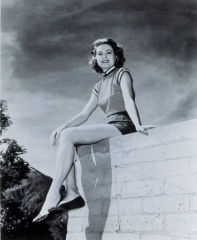 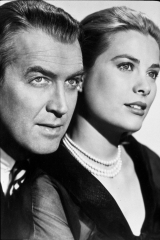 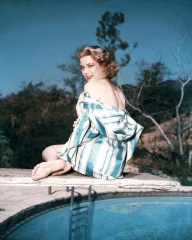 Andrea Casiraghi, born to Caroline, Princess of Hanover and Stefano Casiraghi on June 8, 1984, is a philanthropist. He’s patron of Motrice Foundation, an organization that funds cerebral palsy research and also works with World Association of Children’s Friends, his late grandmother’s charity that supports children’s development, education, and health. He has five children with wife Tatiana Santo Domingo, who he has been married to since 2013. He is fourth in line to the throne of Monaco.

Pierre Casiraghi, born to Caroline, Princess of Hanover and Stefano Casiraghi on September 5, 1987, is a businessman and philanthropist. He’s a regular participant of inshore racing and car racing and serves as a majority shareholder of helicopter company Monacair. Pierre is also on the management committee of the Yacht Club de Monaco. He has two children with wife Beatrice Borromeo, who he has been married to since 2015. He is eighth in line to the throne of Monaco.

Camille Gottlieb, born to Princess Stéphanie of Monaco and Jean Raymond Gottlieb on July 15, 1998, is an organization founder who launched Be Safe Monaco, which aims to prevent and raise awareness of the dangers of drinking while driving. She does not have a place in the line to the throne of Monaco, as her parents never married. Her father was a former palace guard; he and Princess Stéphanie began a relationship while he was her head of security.

Jazmin Grace Grimaldi, born to Albert II, Prince of Monaco and Tamara Rotolo on March 4, 1992, is an American actress and singer. She’s had cameos in The Marvelous Mrs. Maisel and Jay & Pluto, as well as other shorts. Jazmin does not have a place in line to the throne of Monaco since her parents never married. She is the founder of The Jazmin Fund, created in 2006 to help bring water, medical supplies, and other supplies to the children of Fiji.

Alexandre Grimaldi-Coste, born on August 24, 2003, is the teenage son of Albert II, Prince of Monaco and Nicole Coste, a flight attendant who met the prince on an Air France plane, beginning a years-long relationship. Since his parents never married, Alexandre does not have a place in line to the throne of Monaco.

Princess Alexandra of Hanover, born to Caroline, Princess of Hanover and Prince Ernst August of Hanover on July 20, 1999, is a competitive figure skater who has represented Monaco at international skating competitions, including the 2015 European Youth Olympic Winter Festival in Austria. Through her father’s side, she is also a descendant of both King George III and Queen Victoria of the United Kingdom. She is 13th in line to the throne of Monaco.

Pauline Ducruet, born to Princess Stéphanie of Monaco and Daniel Ducruet on May 4, 1994, is a former Olympic diver and fashion designer. She has her own gender-neutral fashion line, Alter. The designer interned at American Vogue and Louis Vuitton before launching her line. Before her days in fashion, she was a competitive diver who represented Monaco at international events, including the World Junior Diving Championships in Germany and European Junior Swimming and Diving Championships in Finland. She is 16th in line to the throne of Monaco.

Louis Ducruet, born to Princess Stéphanie of Monaco and Daniel Ducruet on November 26, 1992, works in the world of sports. He works as advisor for international projects for the England-based soccer club Nottingham Forest. He was previously a soccer scout for AS Monaco. He has been married to wife Marie Chevallier since 2019. He is 15th in line to the throne of Monaco.

Princess Gabriella, Countess of Carladès and Jacques, Hereditary Prince of Monaco, both born on December 10, 2014, are the twins of Albert II, Prince of Monaco and his wife Charlene, Princess of Monaco. Prince Jacques is the heir apparent to the throne of Monaco, while his sister Princess Gabriella is second in line to the throne. Prince Albert told PEOPLE in October that he’s already slowly easing his children into royal life’s commitments. “Obviously at that age, 6 or 7, you can’t take them everywhere because they’ll get bored if it’s too official,” he said. “You have to bring them in slowly into public appearances and different ceremonies. If it’s a trip, that has an official side to it, but also [they’ll need] a private side and things to discover they can find it fun and amusing.”