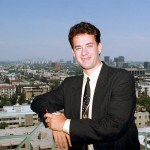 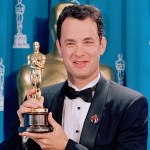 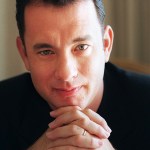 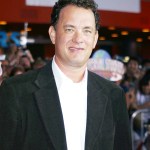 The latest Disney classic getting the live-action treatment is ‘Pinocchio.’ Find out everything you need to know from the release date to the all-star cast for the upcoming movie.

Wish upon a star, and you shall receive! Disney‘s next live-action remake will be Pinocchio! The movie is expected to hit Disney+ in 2022. With other remakes like 2019’s The Lion King and 2017’s Beauty And The Beast grossing over $1 billion each, it’s no surprise that Disney has plans for other recreations of the company’s animated classics. The new movie will bring in a cast of A-list actors to bring the beloved movie to life!

The movie will boast plenty of veteran actors to re-create the classic 1940 film, with both live action and animation. The original film follows the title character of  Pinocchio, who was a puppet, created by a woodworker named Gepetto, who magically is brought to life. It follows his adventures with a magical cast of characters, as he tries to become a real boy.

With beloved actors both appearing and lending their voices to the project, it’s sure to be an exciting movie that’ll enchant both lifelong Disney fans and newcomers alike. While there’s still a long time before it hits streaming services, HollywoodLife has all the details of the new Pinocchio for you here! 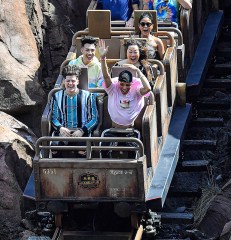 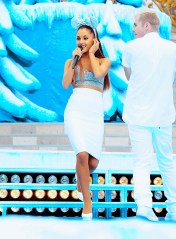 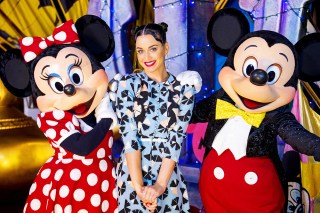 With iconic characters that are known by so many, Disney pulled out all the stops in casting the upcoming movie. When it comes to Gepetto, the sweet woodcarver who create Pinocchio and wants a son of his own, Tom Hanks, 65, will play the role! For the magical Blue Fairy, who brings Pinocchio to life, Disney tapped Tony, Grammy, and Daytime Emmy award-winning actress Cynthia Erivo, 34, to play the part. For the villainous Coachman, who brings Pinocchio and other naughty boys to Pleasure Island, Fast & Furious star Luke Evans, 42, will make his second appearance in a live-action Disney remake. He’d first appeared as Gaston in 2017’s Beauty And The Beast.

The cast of voice actors is just as impressive as the live-action stars. Hopefully, we’ll get to hear Joseph Gordon-Levitt, 40, belt out “When You Wish Upon a Star,” because he’s playing the fan-favorite character Jiminy Cricket. Other actors lending their voices to the film include comedy icon Keegan-Michael Key, 50, who will play Honest John, as well as The Sopranos star Lorraine Bracco, 67, who is voicing Sofia the Seagull. But, who will play Pinocchio himself? Teenage actor Benjamin Evan Ainsworth, 13, will star as the living puppet. Benjamin is still a bit of a newcomer to entertainment world. Prior to Pinocchio, he starred as Miles Wingrave in the Netflix series The Haunting of Bly Manor. He was also one of the stars of the Disney superhero comedy Flora & Ulysses, which was released in February 2021.

Behind the camera, Back to the Future auteur Robert Zemeckis is set to direct. Robert has also directed realistic-looking animated classics like 2004’s The Polar Express and 2009’s A Christmas Carol. Robert is also one of the screenplay’s writers along with Simon Farnaby, who also wrote Paddington 2 and the upcoming Wonka movie, and Chris Weitz, who was a writer on the 2015 live-action Cinderella and Rogue One: A Star Wars Story.

What We Know About The ‘Pinocchio’ Plot

The new movie is set to be a remake of the 1940 film, which was an adaptation of the 1883 children’s novel The Adventures of Pinocchio by Italian author Carlo Collodi. While an official plot synopsis has yet to be released, it seems likely that it’ll follow the original film closely.

The story of the original movie is well-known. It tells the story of Pinocchio, who was created by Gepetto. After the wood-carver wishes that his puppet was a real boy, his wish is granted, and the Blue Fairy tells Pinocchio that he can become a real boy, if he proves that he’s brave and truthful. Pinocchio gets into mischief while on his way to school, being tricked into a circus and then being convinced to go to the cursed Pleasure Island. After escaping both the circus owner Stromboli and the coachman, Pinocchio goes home to learn that Gepetto was swallowed by the whale Monstro. After going into the whale’s belly, Pinocchio figures out a way to make it sneeze, freeing him and his dad! After his heroic save, the Blue Fairy returns to tell Pinocchio that she’ll turn him into a real boy!

While an official release date hasn’t been set, Pinocchio is expected to hit Disney+ in late 2022, between July and September, according to Collider. Unlike many of the other live action remakes, Pinocchio won’t get a theatrical release. It was announced that the puppet flick, and the upcoming Peter Pan and Wendy movie would both make their debuts on Disney+, via Variety.

The Pinocchio remake was first announced in 2015, via Deadline. The script and director’s chair changed hands a few times, before Disney landed on Robert Zemeckis in January 2020 to direct. Tom was revealed as the pick for Gepetto in August 2020, per Collider. Cynthia, Joseph, and Benjamin were announced as cast members in March 2021. It was revealed that production was happening on March 17, 2021, per Entertainment Weekly. Benjamin revealed that he had finished filming on April 2022 in an Instagram post. “It’s been a dream come true,” he wrote in the caption.