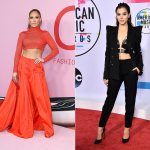 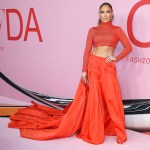 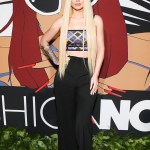 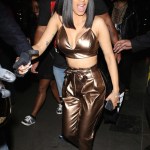 Jennifer Lopez ruled the red carpet in a sparkling orange crop top at the CFDA Fashion Awards on June 3! The singer showed off her 6-pack abs in her long sleeve top, which she paired with a low rise, long skirt of the same color.

Crop tops are here to stay! — And, Hollywood’s hottest stars continue to prove it with their tummy-baring looks on the red carpet. Jennifer Lopez turned heads at the 2019 CFDA Fashion Awards in New York on June 3, where she was honored with the Icon Award. The singer put her toned mid-section on display in a custom orange sparkly crop top with a matching, orange skirt by Ralph Lauren. See her full look and more in our attached gallery that features more A-listers baring their abs on the red carpet!

Another celeb who’s changed the fashion game when it comes to crop tops is Kim Kardashian. The Keeping Up With The Kardashians star rocked a cream-colored crop top and matching skirt at the 2018 CFDA Awards, where she was honored with the Influencer Award that year. Kim’s abs were on full display in the number, which reminded fans of a similar look Rihanna wore to the 2014 Met Gala.

Kim’s sisters have, of course, stunned in ab-baring crop tops before! Kendall Jenner has been wearing crops on red carpets for years. One of her more notable looks was a black crop with a long train that she paired with jean shorts in Cannes in 2016. Her sister, Kylie Jenner also stunned in a crop top set, like her big sis KKW, while attending the Marie Claire Image Maker Awards in 2017. It was then, the lip kit mogul went viral for her super hot purple crop top and cut-out skirt Balmain set. 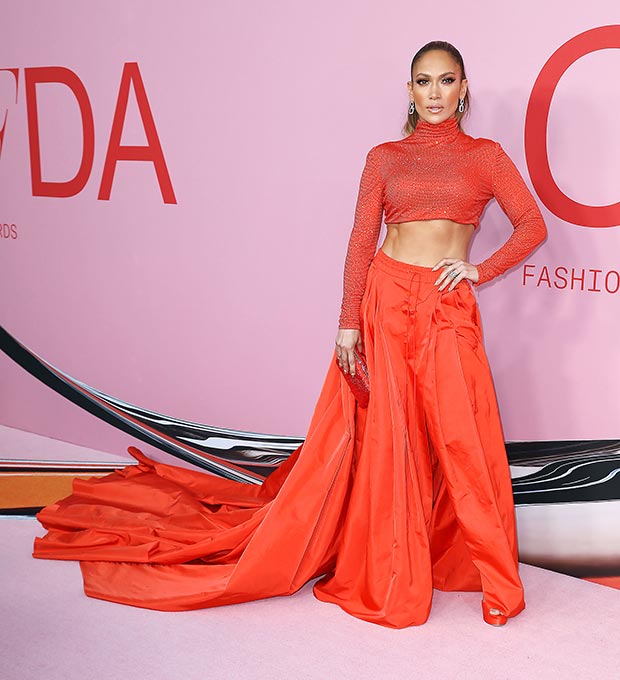 Now, this trend isn’t exclusive to the KarJenners! Taylor Swift wore a fun, sparkling crop top and pants set to the MTV Video Music Awards in 2015, and then stunning orange crop top and full-length, hot pink skirt set to the Grammys in 2016. Taylor’s current tour partner, Camila Cabello, showed off her awesome bod in a crop top and skirt recently at the Radio Disney Music Awards, and looked like a total bohemian queen. Country ladies Maren Morris and Kelsea Ballerini are also no strangers to the crop top trend! Maren, especially, tends to go for the look often, showing off her abs in a crop top at the ACM Awards and the iHeart Country Music Festival, both in 2018. Kelsea rocked a super cute teal crop top and shorts set to the Halo Awards in 2017!