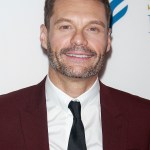 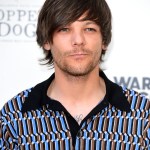 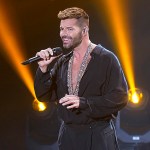 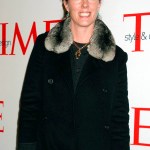 Louis Tomlinson and Ricky Martin were basically early Christmas gifts to their parents because they were both born on December 24! See more celebs who have Christmas Eve birthdays!

Christmas Eve is beloved by many, but there’s an even smaller group for whom the holiday is extra special. As we know, babies will be born whenever they’re ready, and some of those little ones will come into the world on December 24! So today, not only are we celebrating Christmas Eve – we’re also celebrating the birthdays of celebs like Louis Tomlinson and Ricky Martin!

Louis was born on December 24, 1991, which means the former One Direction star turns 29 years old today! In 2017, longtime fans of the boyband received a special Christmas present in the form of a virtual reunion featuring Louis and one other member of the group. Niall Horan posted a photo of himself with the birthday boy, Louis, on Instagram, captioning it, “Happy birthday Tommo! Have a great birthday and Christmas.”

Of course, it’s not just Louis who will be getting some extra love today thanks to his birthday falling on Christmas Eve. Ricky Martin also shares his birthday with the yuletide holiday! The beloved singer and former soap star was born on December 24, 1971, which means that he turns 49 years old today. The energetic entertainer will more than likely enjoy some downtime with his family, including husband Jwan Yosef and their children. But there are more celebs celebrating the birthday today, too!

Before he gets ready to host New Year’s Rockin’ Eve, Ryan Seacrest will turn 46 years old. The Live host is seriously in good company with Louis and Ricky. Plus, it gives Ryan so much more to celebrate on his big day. But these three aforementioned stars aren’t the only ones who will make the winter holidays extra merry and bright while also celebrating their latest journey around the sun.

Ryan, Ricky, and Louis not only share their birthdays with Christmas Eve, but with a number of other famous celebs, too! Don’t believe us? Check out the gallery above to see more stars who were born on Christmas Eve!