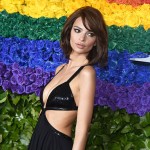 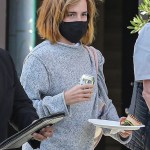 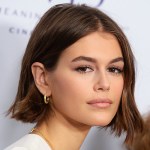 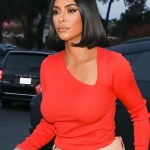 Bob hairstyles have quickly become one of the hottest hair trends that the celebs are loving this season & everyone from Kaia Gerber to Kim Kardashian proved it’s the perfect summer hairstyle!

One of the hottest summer hair trends is without a doubt bob haircut and some of our favorite celebrities have been rocking them this season. The short haircut is the perfect look for summer as it’s sophisticated and classy, plus it keeps your hair out of your face. Kaia Gerber loves switching up her hair and the supermodel has been rocking a short bob these past few months. However, she debuted yet another super short hairstyle when she took to Instagram on Dec. 8. She took her look to a whole new level and chopped it off even shorter. She posted an Instagram story of her new look while she was shaking her hair in the mirror, and she captioned the video, “Can’t seem to keep my hair on my head.”

Another supermodel who has been loving the bob is Bella Hadid, who showed off a new bob haircut on the red carpet at the Vogue Fashion Festival Photocall in Paris on November 15. Bella arrived looking drop-dead-gorgeous when she showed off a chin-length dark brown bob haircut which grazed her jawline. She kept her hair down and parted in the middle while the ends were flipped up and bouncy. Other celebrities who have tried the bob haircut recently include Nicole Scherzinger who revealed a new short bob which grazed her jawline, at the British Fashion Awards at Royal Albert Hall in London on Dec. 2. Kim Kardashian also just debuted a short black bob in LA on Dec. 2, after rocking chest-length hair to the People’s Choice Awards on November 10, and Ashley Benson also debuted a gorgeous new bob when she shared photos of her haircut on Instagram on Dec. 1.

Kim is constantly changing up her hair – whether it’s long jet black waves or a platinum blonde shade, she loves to switch hairstyles, and her latest look is a sexy sleek bob. She debuted her brand new hair on May 28, when she stepped out in a pair of high-waisted Yeezy sweatpants and a tiny skintight tan crop top. Her hair was done by long-time hairstylist, Chris Appleton, who chopped off all of her long black hair to give her a sleek and straight cut that landed just under her cheekbones. Before the cut, Kim had been rocking her hair down and parted in the middle, with loose beachy waves. Kim may have gotten some inspiration from her younger sis, Khloe Kardashian. Although Khloe chopped her hair into an angled bob back in July of 2018, she cut her hair even shorter and dyed it platinum blonde in February of this year. The short hair looks amazing on Khloe and frames her face perfectly.

Aside from the Kardashians, another star that just debuted a bob was Emily Ratajkowski on the red carpet of the 73rd Annual Tony Awards on Sunday, June 9 in New York City. Emily opted to wear a black sequined jersey bikini gown from the Spring 2019 Michael Kors Collection that was completely cut out and showed off ample cleavage, but it was her glam that stole the show. Emily’s hair was done in an old Hollywood bob, done by hairstylist, Jennifer Yepez, who added major volume to the model’s super short new ‘do, and left her front bangs swept to the side. While Emily’s hair may have been a wig, as her natural hair is medium length, she still managed to pull off this look perfectly, and it truly suits her.

Brie Larson debuted a very short bob haircut at her friend Melinda Lee Holm’s new beauty line launch event on May 1. Brie rocked her new hair parted to the side while framing her face and paired her new hairstyle with a cream blazer, a black top and matching cream pants. Brie’s Avengers: Endgame co-star, Scarlett Johansson also showed off a brand new blonde, wavy bob haircut when she stepped out on the carpet of the Avengers LA premiere on April 22.

There have been so many other gorgeous celebrities who have been flaunting brand new bob haircuts, which you can see when you click through the gallery above!