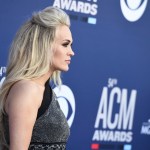 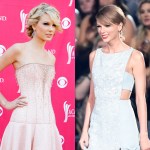 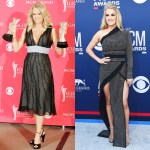 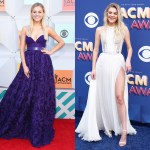 It’s the day of the ACM Awards! Before the stars serenade us during tonight’s telecast, we’re looking back on aritsts like Taylor Swift, Carrie Underwood, and more at their first and most recent ACM Awards red carpet!

The ACM Awards are finally here! After months of postponement due to the COVID-19 pandemic, the telecast will officially air on CBS tonight, September 16. So many stars will be on hand to perform, announce winners, and potentially become a first-time ACM Award recipient. With such an important evening lined-up for many country music fans and artists across the nation, we’re looking back at some of the talented artists from their first and most recent ACM Awards appearances!

Taylor Swift grace the ACM Awards red carpet and stage in 2007 at the age of 18 years old. On the red carpet, Taylor looked like she was ready to get into her Fearless album era, wearing a gorgeous, romantic pink corset dress with a flowing skirt. The former country songstress looked like a true princess in her gown. Later that evening Taylor was fully ingratiated into the country music community.

She gave a moving performance of her first hit, “Tim McGraw,” from her debut album Taylor Swift. It was a huge moment for Taylor. The following year, she went on to win the award for New Female Vocalist! From there, Taylor went through a huge metamorphosis, becoming a huge pop star and Grammy winner as her career went on. Tonight, Taylor will get back to her country roots, and perform “Betty” off of her surprise eighth studio album folklore.

In contrast to Taylor, Carrie Underwood has been a total mainstay in the world of country. She made her very first appearance at the ACM Awards in 2006. Upon making her ACM debut, Carrie wore a gorgeous gold gown that flowed perfectly. Later on in the evening, she had a wardrobe change and wore a tea length black dress with sequins and an accented band of gray around her waist. Over the years, Carrie’s style has completely evolved, and watching her come into her own on the ACM Awards has been such a joy.

13 years after her debut, Carrie rocked a stunning silver sequined gown at the ACM Awards and couldn’t have looked better! She radiated confidence and looked like a whole new woman. As the recipient of 14 ACM awards, Carrie has wholly cemented herself as a true artist. We cannot wait to see her on the awards show tonight! To see more country artists at their first and most recent ACM Awards, check out the gallery above!

Tune into the ACM Awards tonight, September 16, at 8 pm ET on CBS.