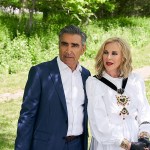 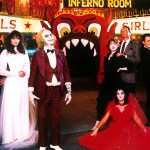 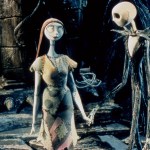 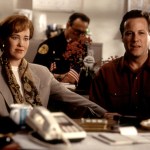 Catherine O’Hara is a frontrunner to win an Emmy for her flawless performance as Moira Rose on ‘Schitt’s Creek.’ Moira is one of Catherine’s many incredible roles over the years.

Schitt’s Creek may be over, but Moira Rose’s impact will live on forever. Catherine O’Hara, 66, played the role of the eccentric ex-soap star with a one-of-a-kind style to perfection. It’s no surprise Catherine is an Emmy nominee for Outstanding Lead Actress in a Comedy Series for her role in the final season of Schitt’s Creek.

It’s hard to think of Catherine as anyone other than Moira Rose, but Catherine has been one of Hollywood’s biggest talents for decades. She got her start on SCTV in 1976, the sketch comedy show where she first met her Schitt’s Creek co-star Eugene Levy, 73. She began starring in films as well, including Beetlejuice in 1988. Catherine played Delia Deetz, the overdramatic second wife of Charles Deetz and Lydia Deetz’s stepmother.

Catherine did a total 360 from Beetlejuice by starring as Kate McCallister, Kevin McCallister’s mom, in the 1990 holiday classic Home Alone. Kate and Kevin’s emotional reunion is bound to make you cry every single time you watch. She returned for the 1992 sequel as well. Keeping in the holiday spirit, Catherine also voiced the legendary role of Sally in The Nightmare Before Christmas.

Through the years, the Canadian actress has had a number of incredible roles. She reunited with Eugene for the 1996 mockumentary comedy Waiting for Guffman, which he co-wrote and she starred in. Catherine and Eugene played a couple in the 2000 comedy Best In Show.

Catherine played different roles in both the film and TV versions of A Series of Unfortunate Events. She starred as Justice Strauss in the film and played Georgina Orwell in the TV series. Moira Rose and Georgina Orwell would have gotten along on the topic of fashion. Georgina had a bold style just like Moira.

Catherine’s most memorable role is definitely her latest. Schitt’s Creek, which ran for 6 seasons, reunited Catherine and Eugene once again. Eugene co-created the show with his son, Dan Levy, 37, who starred as David Rose. Catherine helped bring to life one of the most legendary TV characters of all-time. Moira Rose and Catherine O’Hara are both icons in every sense of the word.