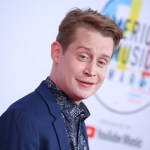 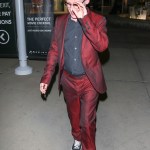 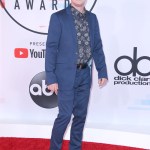 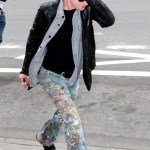 Some ‘filthy animals’ at Disney have decided to remake the 1990 classic ‘Home Alone’ for Disney+, and fans aren’t pleased with the decision.

The Wet Bandits are apparently about to ride again. Disney announced that they intend to remake Home Alone, the 1990 classic about a tiny sociopath who tortures two burglars after his neglectful family forgets that he exists. Home Alone starred a 10-year-old Macaulay Culkin as Kevin McCallister, a little boy whose family accidentally leaves him behind when they go on vacation to Paris over Christmas. He’s okay with this, though, considering his Christmas wish was for his family to disappear. The comedy made Macaulay a star, and sparked the 1992 sequel, Home Alone 2: Lost in New York.

Disney CEO Bob Iger announced that the “reimagination” of the beloved movie will appear on the upcoming Disney+ streaming service after the entertainment giant’s acquisition of Fox earlier this year. There’s no word yet on when the Home Alone remake will appear on Disney+. Fans aren’t pleased that Disney is, yet again, remaking a beloved classic, as they’ve done with Beauty and the Beast, The Lion King, Jungle Book, and the announced The Little Mermaid.  took to Twitter to vent about the bizarre news. “leave home ALONE”, one disgruntled fan tweeted, including the annoyed emoji.

“please @Disney …please just stop no more reboots or remakes or “re-imaginings”. it’d be nice for you to just make a new, fresh story instead of re-hashing stories already been told with a ‘disney’ flair. i want to be excited to see your films again & not so ‘meh’ about them.”

disney really has the audacity to reboot home alone and night at the museum??? pic.twitter.com/tEUMKop7HX

Some joked about how the premise of Home Alone wouldn’t actually work today. “The Home Alone remake is going to be a 1 minute short film. The parents realize they left their kid home alone and then call him on this cell phone and find out he is fine,” a fan tweeted, making a very good point. Iger announced that Disney+ will also remake FOX’s Diary of a Wimpy Kid, Night At the Museum, and Cheaper By the Dozen. The latter is especially baffling, considering that the 2003 movie, starring Steve Martin and Hilary Duff, is itself a remake of the 1950 original. No other details about the remakes are available right now.